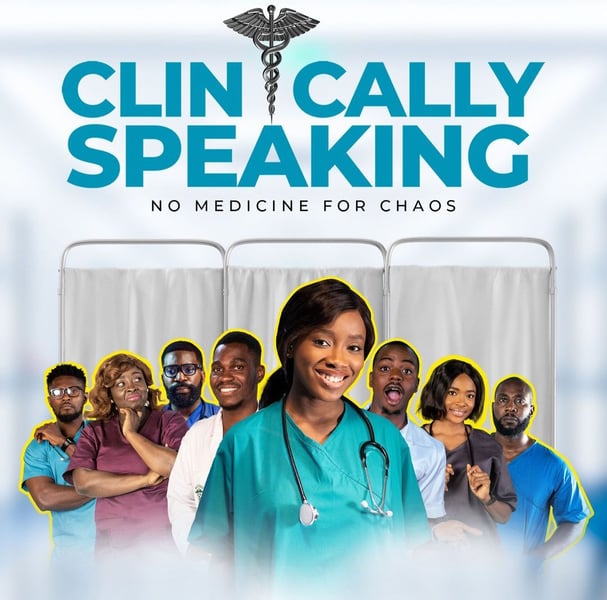 Accelerate TV has announced the release date of its latest production, 'Clinically Speaking'.

'Clinically Speaking' is a medical drama series created by Temilola Balogun with Tomilade Olugbemi credited as the writer.

The Michael Akinrogunde-directed series is set to debut exclusively on the platform's YouTube channel this September.

The web series which premieres on YouTube on September 22, will center Dr. Peju, a young and smart doctor dealing with the struggles of practicing in Nigeria.

"We have been cooking up this new series for some time now, and it's finally here!

"Well, in two weeks' time, Clinically Speaking will be live on our YouTube channel starting September 22nd and we are absolutely thrilled about it," Accelerate TV announced on Instagram on Friday.

Accelerate TV's CEO Collette Otusheso is credited as the series' Executive Producer with Temilola Balogun and Esse Akwawa as producers.