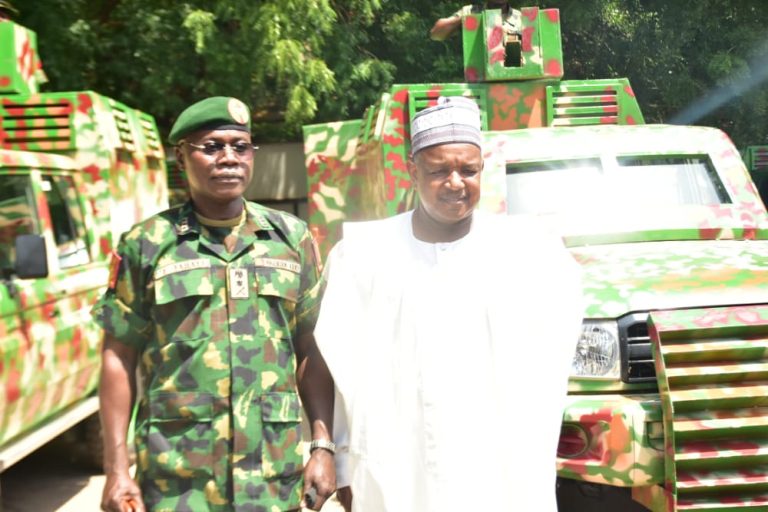 Governor Atiku Bagudu of Kebbi says the anti-banditry operations of the Nigerian Army have increasingly enabled farmers in the state access to their farms without threats.

The Director, Army Public Relations, Brigadier General Onyema Nwachukwu, in a statement, said the Governor made the observation when he received the Chief of Army Staff (COAS) Lieutenant General Faruk Yahaya in Birnin-Kebbi on Tuesday.

Bagudu said the farmers in Danko Wassagu in the southern part of the state had returned to their farming occupation, urging the Army to sustain the operations and bring about lasting peace in the state and Nigeria.

He commended the Nigerian Army for providing aid to civil authority at a critical period when non-state actors who were engendering insecurity in the society were being shielded by unpatriotic citizens.

Bagudu urged the army to continue to synergise with other security agencies and stakeholders to rid the north-western part of the country of banditry.

He pledged the state government’s commitment to collaborating with the Nigerian Army and other security agencies to tackle insecurity in the state.

The Governor introduced some reconfigured operational vehicles constructed by the state government to the COAS.

He said the operational vehicles were reconfigured with the supervision of the Deputy Governor, retired Colonel Samaila Dabai, to provide operational platforms for troops.

He assured the COAS that the vehicles would soon be handed over to the troops for deployment.

The COAS commended the state government and the people of Kebbi for their support to Nigerian Army.

Yahaya added that renewed measures would be taken to address the security challenges affecting the state while calling on the government to sensitise the public about the danger of colluding with bandits to create panic within their communities.

He also noted that all hands must be on deck to resolutely deal with the prevailing security situation.

At the palace of the Emir of Gwandu, Alhaji Muhammadu Bashar, the COAS appealed to traditional leaders to guide the conduct of members of their communities against providing tacit support to bandits.

He added that cooperating with troops would add value to the relentless effort of security operatives to restore law and order in the northwest geopolitical zone of the country.

Responding, the Emir commended the COAS for embarking on an operational tour of formations and units to give direction and guidance on how to overcome security challenges confronting the country.

During an operational visit to 1 Battalion in Birnin Kebbi, the COAS urged the troops to remain focused and professional in the conduct of every operation.

He assured them of adequate provision of more and modern equipment to enable them to carry out their mandate effectively.