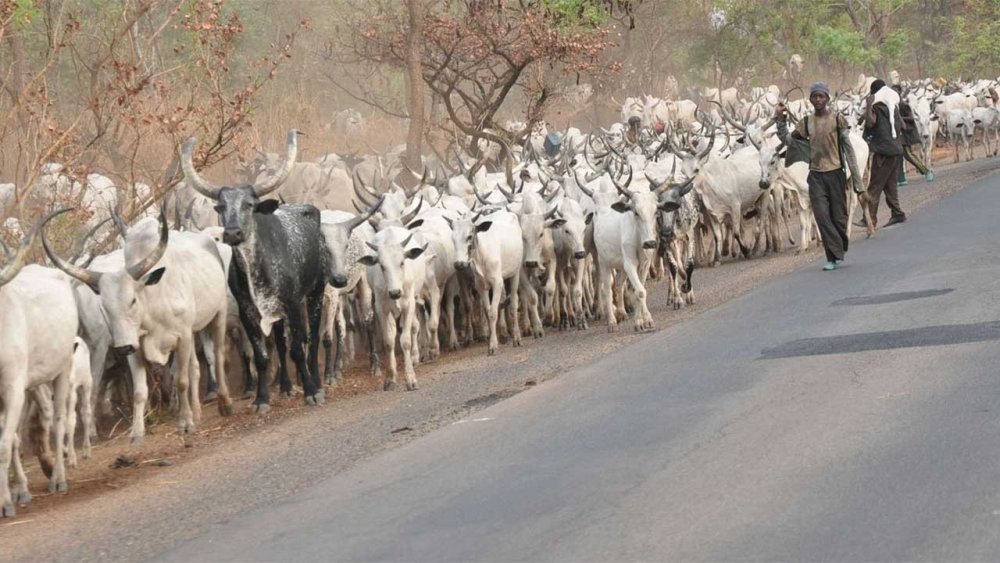 The Miyetti Allah Kautal Hore herdsmen group has urged the Federal Government to heed the call for the restructuring of the country to allow the Fulani to go their way.

In an interview with Punch on Saturday, the group's National Secretary, Saleh Alhassan alleged that herdsmen were being marginalised in the country and that it was best if they were on their own where they would be protected.

There have been calls for the restructuring of the country, with many southern groups insisting that it was the only way the country could move forward, while northern groups have largely been divided on the issue.

Resource control, fairness, and allegations of killings, invasion of farmlands and people’s properties, kidnapping, and other criminal activities against some herdsmen had fuelled the calls for the restructuring of the country.

The herders/farmers clashes had also increased the distrust among the ethnic groups, with some individuals from the different zones issuing quit notice to some others.

Alhassan however stated that it was wrong to punish a group of people for the sins of some, saying: “We don’t support crime. So, I’m not saying there are no Fulani that are criminals, there are, like other tribes, but don’t destroy their profession. It’s not good for the country. If everything busts, it’s to the advantage of the herders because we are not even enjoying the federation.

“We are even bidding for restructuring of the country; let every part go, so we can say this is where we are.

"As it is now, there is no form of marginalisation we are not seeing in this country. Everywhere we are being marginalised. You think we will accept Nigeria where we don’t have access to land to feed our animals and you think there will be peace?”

When asked if he thinks restructuring would solve the herders/farmers crisis, he said, “Quite fundamentally. If we leave today now and if there is no oil revenue, won’t they pay attention to animal rearing? If we restructure the country and the South-West region says they won’t accept cattle unless they are brought to the market or supermarket, it’s okay by us.

“The mistake people make is that they think when they put pressure on herders they are getting at President (Muhammadu) Buhari. Buhari has no relationship with the herders. That is the truth. When people say he is our grandpatron, was Jonathan from the South-South not our grandpatron?

“If the President is a Fulani, it doesn’t in any way affect the life of a herder. In fact, they are worse off under Buhari. What are they benefitting? They don’t access any government facility or social amenity, yet they are responsible for the bulk of animal protein we produce in this country. I think it’s deliberate for people to think otherwise.

“Buhari has not done anything for us other than creating enemies for us. Herders are being chased around. Let us look at the larger picture and not allow enemies penetrate us. If Buhari loves the herders, he would have created the grazing reserves for them.”

He stated further that the government’s refusal to address the issue of land management, which he said is at the root of the crisis, had been fuelling the crisis.

Governor Rotimi Akeredolu of Ondo State had on Monday given a seven-day ultimatum to unregistered herdsmen to vacate all forest reserves in the state, saying kidnapping and other nefarious activities had been traced to the activities of some bad elements masquerading as herdsmen.

“These felons have turned our forest reserves into hideouts for keeping victims of kidnapping, negotiating for ransom, and carrying out other criminal activities,” he added. But the Presidency and some northern groups faulted the directive. The herdsmen have also said they would not vacate the forest.

There was also increased tension in Igangan, Ibarapa North Local Government Area of Oyo State on Friday when a Yoruba freedom fighter, Sunday Igboho, reportedly stormed the Fulani settlement in the town to eject the Seriki Fulani, Salihu Abdukadir, and some other herdsmen accused of fuelling security problems in the area, having issued a ‘quit notice’ to them earlier.

Alhassan added, “Government needs to be careful, and the real issue at stake is basically that of land resource management. These herders don’t have land and they do their business on land resource and we have a lot of land in this country. What we are saying is that the government should create an alternative for them.

“We must accommodate the herders in Nigeria, whichever arrangement, because that is the sustainable way to peace. Create a sustainable land use policy where you accommodate people that have a need for the land. Create grazing land for these people and create laws that would govern them. If we don’t solve this problem, we will be complicating it.”

Alhassan however warned that further attacks on the herdsmen might push them into rebellion. “Our fear is for these people not to be radicalised, and people who accuse herders of committing crimes should get the security agents to arrest and prosecute them,” he added.