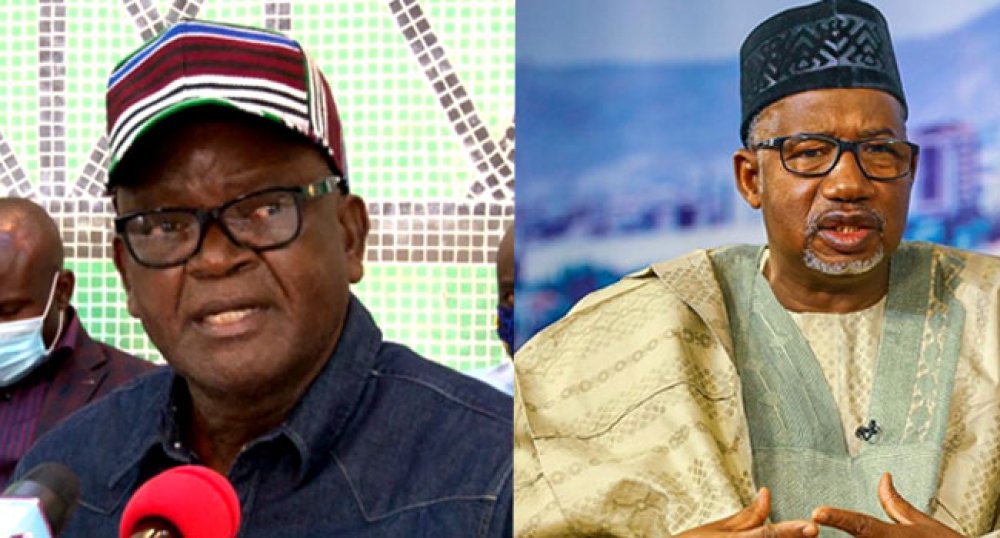 The Benue State Governor, Samuel Ortom, has accused his Bauchi State counterpart, Bala Mohammed, of being a terrorist based on his utterances supporting herdsmen carrying AK-47 to defend themselves.

Ortom made this accusation on Monday while addressing journalists in Makurdi, the state capital. He said governor Mohammed must be a terrorist for supporting illegal arms wielding by foreign herdsmen.

“I wouldn’t want to be joining issues with my brother, friend, and colleague Bauchi Governor. But since he has continued to vilify, intimidate and blackmail me. It is said that silence is consent. I am compelled to respond to him.

“I am beginning to think that my brother, the governor of Bauchi State is part of the terrorist Fulani organisation that is terrorising this country.

“Why do I say this? This is the same governor who took the oath of office to protect the constitution of the Federal Republic of Nigeria. This constitution does not leave room for allowing foreign herdsmen to come in without valid papers.

“This is a man who says that a Fulani man is a global man and can come in from anywhere and enter Nigeria. It is quite disappointing to hear a governor who took the oath of office …maybe he should go back and check the oath of office he took to check maybe the constitution gives room for foreign terrorist Fulani herdsmen to come into Nigeria,” Ortom said.

He further reacted to Governor Mohammed’s defence where he said herders can carry AK-47 to defend themselves, saying that “his recent outburst that Fulani herdsmen are justified for carrying AK-47 to protect themselves. I don’t know where the constitution of this country allows that.”

The Benue Governor, therefore, called on Mohammed to render an unreserved apology and learn from the provisions of the constitution that, land (territorial, forest, and aquatic) are vested on the governor of a state who holds them in trust, rather than indulging in inciting Fulani herdsmen against innocent Nigerians.