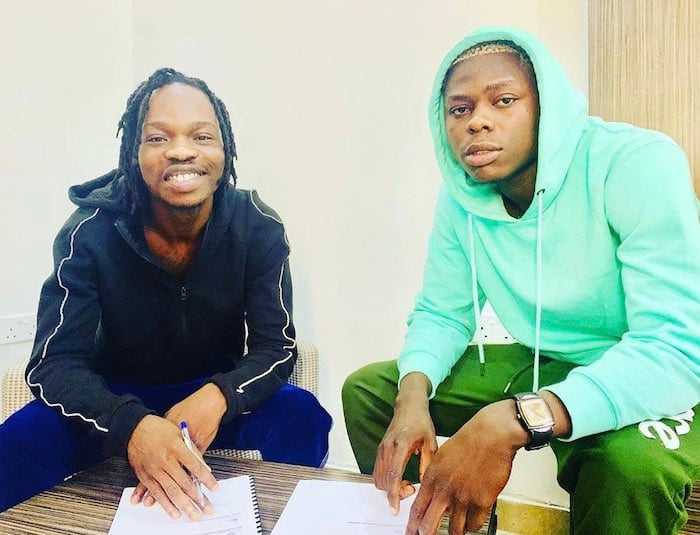 Mohbad has been spotted with his label boss Naira Marley and colleague Zinoleesky having a good time with other members of the Marlian crew.

This is the first time the singer was seen publicly with his boss following his ordeal with operatives of the National Drug Law Enforcement Agency (NDLEA) and his outcry that Marlian crews are after his life.

Naira Marley and Mohbad shared the video on their Instagram pages with the caption: "As a marlian."

Zinoleesky and Mohbad were arrested by operatives of NDLEA on February 24, alongside four others.

Reacting to the arrest, Naira Marley, who has a case with the NDLEA, condemned the action, adding that it is starting to look like a pattern.

He called for the release of his crew and later disclosed that Mohbad have been released after the anti-drug agency physically assaulted him.

Mohbad, however, asked the public to hold Naira Marley and the crew of Marlian music responsible if anything happens to him.

On his Instagram Live, the singer called for help, saying he does not want to die. Mohbad also mentioned names of the Marlian crew asking the public to hold them responsible if he dies.