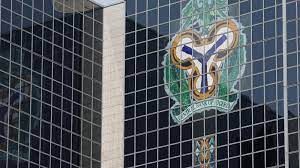 The Central Bank of Nigeria released its much-anticipated Monetary Policy Rate (MPR), otherwise known as the lending rate for the nation’s economy.

The bank which is responsible for formulating and implementing key decisions and policies that affect the supply of money and credit/borrowings in the country maintained or better yet left this rate unchanged at 11.5%.

Other key figures that the bank uses to influence financial institutions, companies, and in a larger spectrum, citizens’ spending and borrowing habits were left unchanged.

This decision was carried out after careful assessment of the impact the previous rate had on the economy, the decision of major global central banks on interest rates, the impact of the coronavirus scourge, and the current effect of the fiscal and monetary stimulus on the Nigerian economy.

The Committee looked at two major factors in deciding to continue with the rate unchanged. They were the Gross Domestic Product (GDP)/growth in economic activities, and the state of inflation in the country.

Given the return to economic activity and significantly improved economic performance in Q3-21, the Committee expects the economy to remain on the path of recovery and growth.

The committee expects the economy to grow by 3.10% y/y in 2021E, with a sustained expansion in 2022FY. Although headwinds remain from the global economy, the Committee expects the domestic economic performance to continue to progress on account of improved vaccination, sustained fiscal and monetary stimulus, and a rally in crude oil prices.

On inflation, the committee highlighted with concern the unexpected slight increase in the headline inflation for December (15.63% y/y versus November's 15.40% y/y), largely due to the festive-induced spending in December.

The committee expects inflationary pressure to increase marginally in the short term before moderating at the end of Q1-22 given the bank’s intervention in the agricultural sector and the impact of the dry season’s harvest.

How does this rate affect you?

First and foremost, the MPR released by the CBN determines the rate at which commercial banks and other loan-granting financial institutions give out loans.

If, for example, the lending rate from the CBN is high, naturally the interest rate attached to the commercial banks' loans will also be high. For instance, M & M Ltd borrows money, let's say N1.75 million from the bank to finance the purchase of new machinery that will increase the rate at which it produces rubber slippers.

The commercial banks and the company (M & M Ltd) agreed on a repayment interest of 12% within a one-year period.

However, when this agreement was reached, the MPR was reading 10.5%. Four months into this agreement, M & M Ltd was notified of a slight upward adjustment to its interest payment due to the fact that the MPR has been increased from 10.5% to 11.5%.

Secondly, the price of goods and services can increase if there is an increase in MPR. Naturally, the prices of commodities sold in the market react to changes in interest rate payments.

The manufacturers have to be able to pay back loans borrowed, and once MPR is adjusted upwards, the cost of existing loans and future loans is likely to be negatively affected. Hence, it will likely have a marginal or small impact on the retail prices of goods bought in the market.

Thirdly, as an ordinary citizen, if you were considering taking out a bank loan to start a small-scale business, the new interest rate is likely to put you off. Assuming the MPR was low, the lending rate from the commercial banks would also be low and vice versa.

This is just some of the effects a change in MPR will have on ordinary people on the streets.