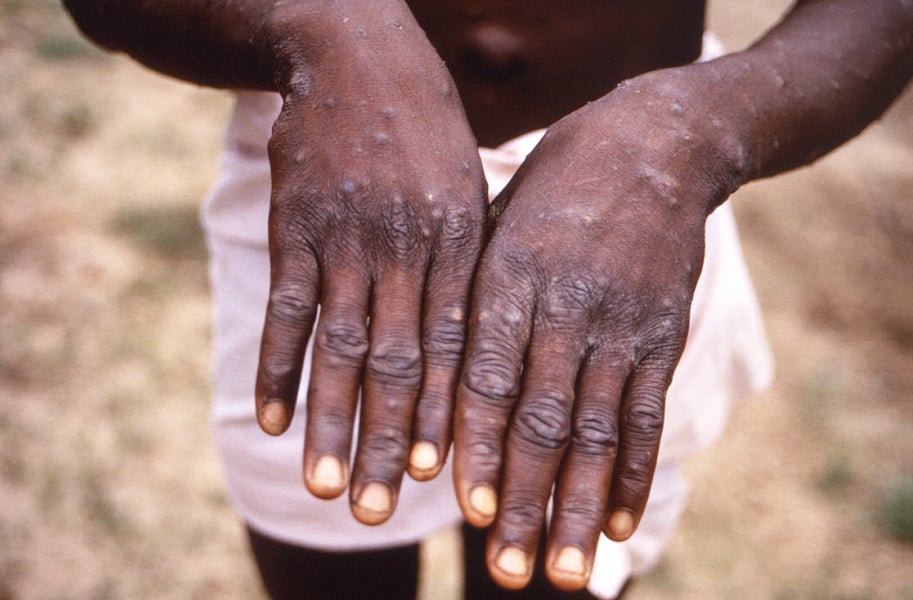 Dr. Iorhen Akase, an infectious diseases expert has said that in order to reduce the spread of monkeypox, there is a need for active surveillance and search for suspected cases of the disease in communities.

Akase, Head of Infectious Diseases Unit, Department of Medicine, Lagos State University Teaching Hospital (LUTH), made the plea in an interview with the News Agency of Nigeria (NAN) on Wednesday in Lagos.

Monkeypox is a virus transmitted to humans from animals, with symptoms similar to those seen in smallpox patients, although it is clinically less severe.

According to Akase, the identification of suspected and confirmed cases of monkeypox should extend beyond cases that are presented at hospitals for treatment.

“We say monkeypox is endemic in Africa, but we don’t know the number of cases happening in Nigeria at the moment.

“We are not actively looking for the cases; looking for it means we have laboratory capacity and taking samples, which we are not doing because someone has to pay for those samples to be tested.

“Since we know that the disease is endemic, that means it’s going on in communities, but we aren’t picking them.

“Surveillance goes beyond someone being sick and coming to the hospital for treatment. It means going into the communities and taking samples from people who are well and unwell.

“Identify the communities who have risk factors, identify the animals transmitting the virus,” he said.

He explained that active surveillance will assist map out the hotspots, species in the country, population group affected and factors facilitating the spread in communities.

“What’s the exposure pattern like? Is it among hunters, health workers, or laboratory workers? Who are those driving the transmission within communities?

“Without these data, it would be difficult for the country to respond appropriately to the outbreak of this viral infection,” he said.

Akase said that COVID-19 had shown that infection anywhere puts the whole world at risk. He explained that countries in Europe and North America had also reported cases of monkeypox outbreaks.

“Some of the reported cases did not have linkage to Africa or animals, but now through person to person exposure, including sexual intercourse.

“Clearly, we should be concerned, not afraid; and know that we have to put structures in place to counter this outbreak,” he said.

He stated that the effect of the monkeypox outbreak extends beyond hospitalisation, noting the impact would drain resources, and put additional strain on health systems, travel and tourism, among others.

Though, he assured that monkeypox is not as fatal as COVID-19 and other viral infections but then, he urged that measures should be taken to prevent infection from the virus.

Akase mentioned some of the measures to include avoiding contact with animals that could harbour the virus, as well as any material that has been in contact with a sick animal.

The  Nigeria Centre for Disease Control (NCDC), reports that from September 2017 to April 30, 2022, some 558 suspected cases of monkeypox were reported from 32 states in the country.

Out of these, 241 were confirmed cases, and eight deaths were recorded.

Also, in 2022, 46 suspected cases were confirmed of which 15 were reported from seven states, and no fatality had been recorded.

The World Health Organisation (WHO) also reports that monkeypox is most common in remote parts of Central and West Africa and occasionally exported to other regions.

Outside Africa, 20 countries have declared 237 confirmed and suspected cases of monkeypox and health authorities around the world have announced plans to contain the virus.

WHO further explained that vaccines used during the smallpox eradication programme provide protection against monkeypox, and one newly-developed vaccine had been approved for prevention of monkeypox.