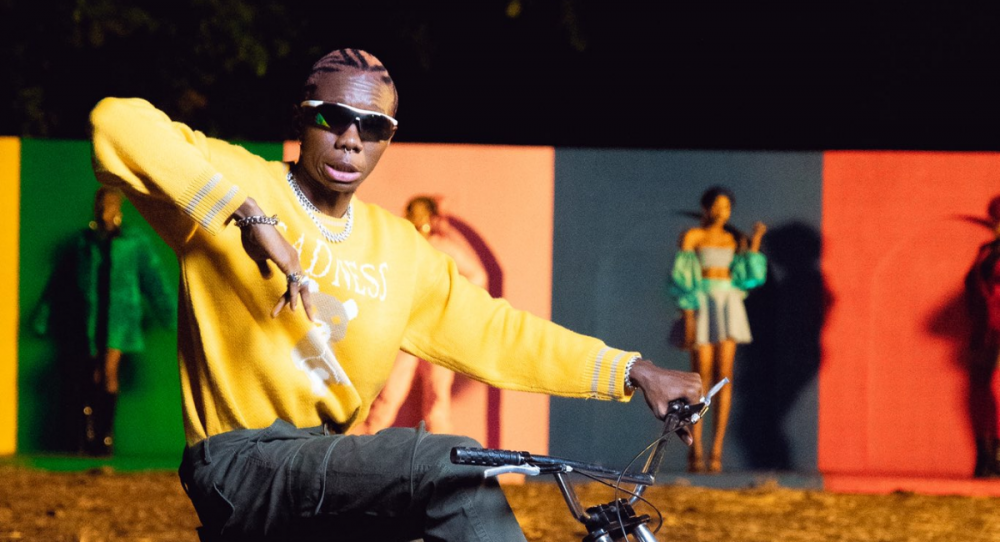 Nigerian rapper Emeka Akumefule popularly known as Blaqbonez has revealed that monogamy is unrealistic for him.

Blaqbonez made the statement on Channels Tv's Rubbin' Minds with Ebuka Obi-Uchendu on Sunday, May 2nd, 2021.

The Nigerian rapper signed to 100 Crowns, which is an imprint of Chocolate City added that he can't pretend to a woman that she will be the only woman.

He said; “First, everybody has to know that I cannot be exclusive,” said BlaqBonez, “monogamy, for me, is unrealistic. I will be a polygamous man. I’m not going to pretend to a girl and say ‘you’re the only one I care for.”

"The truth is I don't lie. I am not going to pretend to a girl that you are the only one I care for...no! I will tell you right of the back. If any female is anywhere in my life, she already knows how I roll."

When asked how many women he intends on marrying, the rapper said he plans to oust King Solomon of the bible.

Asked if he has been with any lover willing to accommodate his views, the rapper responded in the negative. Then, with some cynicism, declared that every man he knows is romantically unfaithful.

The rapper said, “Every time I tell them, they try to fix me. One thing I can tell you without a shadow of a doubt – no matter what, I will cheat. Every guy I know is cheating.”

When asked if he thought he is the best rapper in Nigeria, he said, “Right now, I am. Judging by how my album is right now, I don’t think there’s any rapper right now that is dominating the charts like that.”

Blaqbonez, born Akumefule Chukwu-Emeka, and the self-proclaimed Best Rapper in Africa (BRIA), is one of Nigeria’s most promising artists on the scene today. The title doesn’t come without its accolades. At the early age of 16 Blaqbonez began his artistic career as a battle rapper, winning 1st place out of 3000 rappers at Terry Tha Rapman’s Zombie competition and earning him a spot on Terry’s 2012 World Domination Mixtape alongside superstars like Olamide.

Balqbonez’s boastful personality shines through on his debut, saying in the “Zombie” intro, “Shout out to Terry but really nah me be Rapman”. And Blaqbonez has been making waves ever since. Whether it’s creating controversy with his infamous diss track “Best Rapper In Africa” or flaunting his scandalous sense of humour on Twitter, it seems the young Nigerian isn’t afraid of anything.

Since 2018 Blaqbonez has released 3 EPs, Bad Boy Blaq (2018), Bad Boy Blaq Re-Up (2019), and Mr. Boombastic (2019), and a series of singles that have swerved in and out of hip-hop, afrobeat, r&b, without reservation. Whether it’s the contagious feel-good of “Mamiwota”, the sinister drip of “Haba”, or the trap-inspired “OAU Boy”, Blaqbonez is covering more than his fair share of musical ground.

In a recent single, the afrobeats heavy “BBC” was just remixed with a feature from Tiwa Savage, pushing the once internet battle rapper ever further into the mainstream.

Now Blaqbonez releases his debut album Sex Over Love with features from Joeboy, Nasty C, Amaarae, and Bad Boy Timz, is sure to propel the artist to yet another level of prestige.