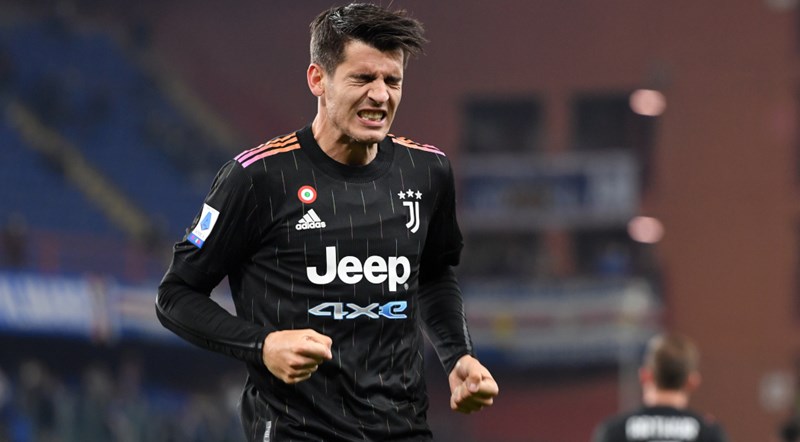 Alvaro Morata scored twice as Juventus extended their unbeaten run with a 3-1 win over Sampdoria in Serie A on Saturday, to boost their confidence days before their Champions League decider against Villarreal.

Massimiliano Allegri's side have not lost in the league in 15 matches stretching back to 27 November and host the Spaniards in Turin next Wednesday in a last-16 second leg tie which is balanced 1-1.

The visitors could thank Sampdoria's Japanese international Maya Yoshida for their first goal. The defender inadvertently bundled in a Juan Cuadrado cross after 23 minutes.

Moise Kean earned a penalty for Juventus, which Morata converted nine minutes later as Juve put pressure on the top three to consolidate fourth, just one point behind third-placed Napoli who travel to Verona on Sunday.

Kean came close to a third before the hour off a Manuel Locatelli cross but Wladimiro Falcone closed down the forward's shot.

Sampdoria missed a chance to pull a goal back with a quarter of an hour to go with Juve keeper Wojciech Szczesny denying Antonio Candreva from the spot after Adrien Rabiot handled the ball in the area.

Juventus are still in the running to reclaim the Serie A title they lost last year to Inter Milan, as they sit four points behind leaders AC Milan who host Empoli later on Saturday. Inter travel to Torino on Sunday

Unione Calcio Sampdoria, commonly referred to as Sampdoria, is an Italian professional football club based in Genoa, Liguria. The ...