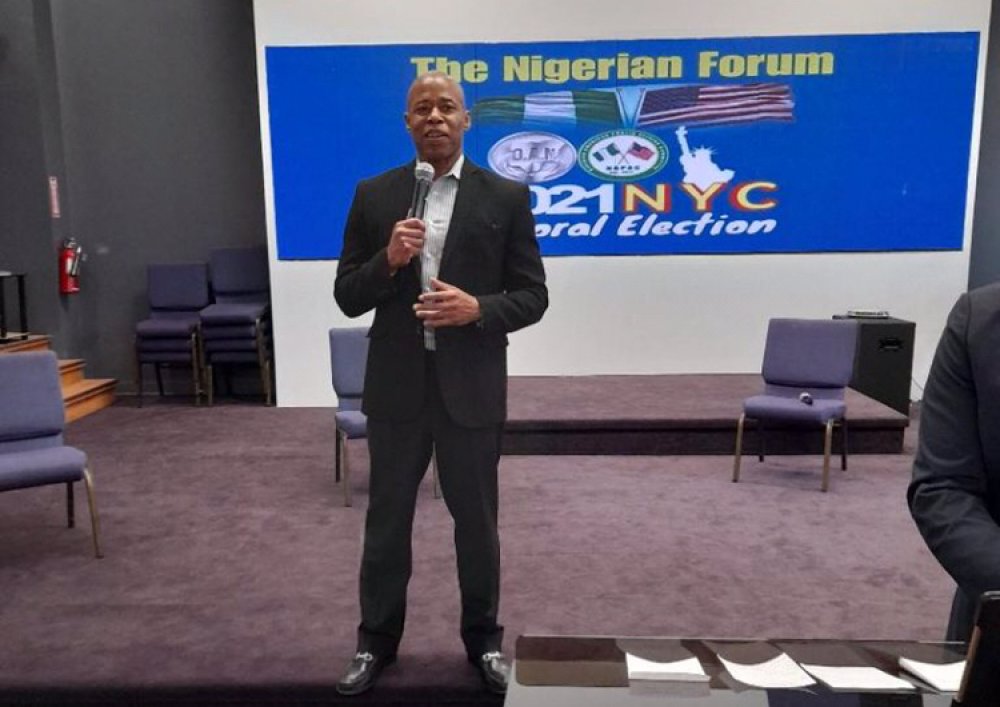 More candidates for New York City’s Mayoral position have continued to woo members of the Nigerian community in the city, calling for their endorsement and support in their quest to win the race.

The candidates spoke at the second debate organised for the mayoral candidates by Nigeria Forum to hear their views on critical issues that affect the lives of the members of the community.

The Nigeria Forum is a coalition of the Organisation for the Advancement of Nigerians (OAN) and the Nigerian-American Public Affairs Committee (NAPAC), a political action committee.

The Nigerian community has positioned itself as an organised and important voting bloc that has enough weight to provide meaningful support for a candidate whose agenda resonate with it.

One of the leading candidates at the poll and a former Democratic presidential candidate in 2020, Andrew Yang, assured Nigerians of inclusion in his government if elected in the November elections.

Yang said: “I will love to have your help in winning this race and in creating a new generation of leadership in New York City.

“I will need your help in very significant ways because my goal is to channel resources to different communities particularly, immigrant and undocumented communities.

“I will do everything I can do to include the Nigerian and African communities in my administration directly and I will invest in programmes that are going to benefit your communities very significantly and very directly.”

He said his policies would directly impact the Nigerian and African immigrant communities.

“My goal is to treat your community like our community gets treated and I think that would be a significant upgrade.

“So I would love to have your support and endorsement in transforming the politics of the city.

The mayoral candidate said the city was currently being run in such a way that it benefitted only certain groups much more than others.

“I have a suspicion that the African and the Nigerian communities do not feel like they are on the shortlist of the communities that are benefitting greatly from the way the agency are run right now.

“I was feeling that one reason George Onuora and Christopher Durosinmi (Nigerian council election candidates) are running is to help change that,” he said.

Also speaking, another leading candidate in the election, Raymond McGuire, promised to appoint Nigerians and Africans into his administration if elected as well as provide quality education for immigrants, among other things.

“The African community in total, across the continent, 54 countries I know them all and I like to make sure they get represented,” he said.

He said: “I want to make sure that the African community is included and making sure that we get the education and for our elders.

“Let’s care about our elders, that our elders have a safe and affordable place to live with dignity and services so that is what I specifically focus on for the Nigerian community.”

In his remarks, the Chairman of NAPAC, New York chapter, Mr. Gbenga Omotayo, said that the debate aimed to discover the agenda of each candidate so as help make an informed choice about whose agenda would best support the Nigerian community.

“We believe this election is important and presents a great opportunity for our community to let our voices be heard.

“We believe Nigerians in this city can make who is the Mayor.

“The goal here is to identify and endorse the candidate who can protect our interests.

“Holding this event will be a line of activities include official endorsement, financial support, media campaign, door to door campaign, grassroots mobilisation across professional associations and churches.

“It will also involve campaigns to mosques, mobilising ethnic associations and others to vote into a bloc for our chosen candidate,’’ he said.

According to him, the forum will make a recommendation on the candidate to endorse, following consultation with the entire community adding, Nigerians are known for good kinds of stuff and for doing things the right way.

The New York City mayoral election is very competitive and strategic due to the city’s diverse nature and an annual budget of about  100 billion dollars, the largest municipal budget in the U.S.