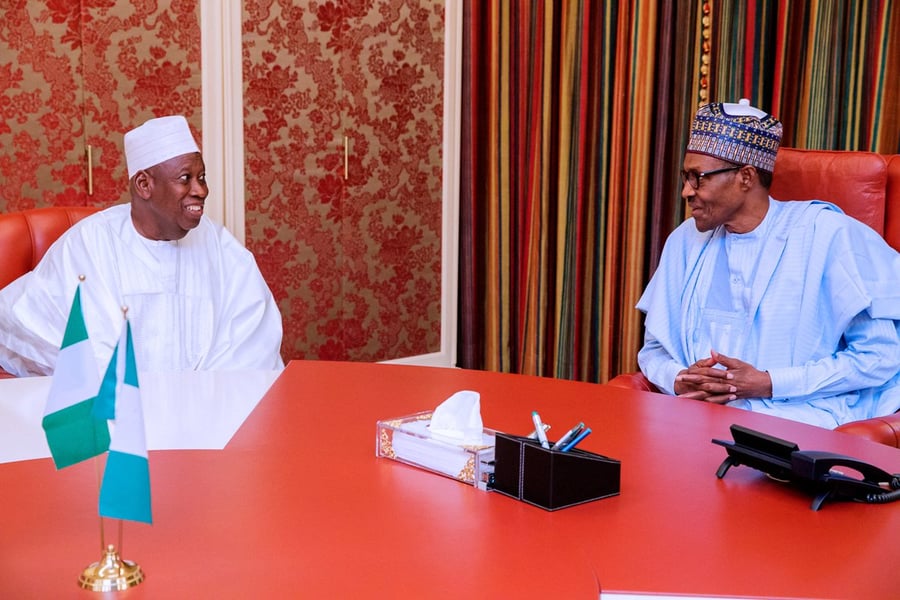 Kano state Governor, Abdullahi Ganduje of Kano State has identified most forests across the country as homes of terrorists, armed robbers and bandits.

Ganduje disclosed this to State House reporters after a closed door meeting with President Muhammadu Buhari at the Presidential Villa, Abuja, on Friday.

He said the current security challenges in the country as “unfortunate” and thus the need for the federal and state governments to work together to end it.

The governor suggested the establishment of more military training bases in the forest bordering Kano, Kaduna, Bauchi and Plateau, to check the activities of criminals.

He said, “First of all, I came to see Mr. President and brief him on the security situation in Kano. There are challenges all over the country that are unfortunate, but we believe Mr. President is doing his best with other stakeholders in order to curtail the situation.”

“In Kano State, we have taken some measures. We have two large forests, the Falgore forest, which is bordering Kano, Kaduna and Bauchi and also not far away from Plateau. In that forest, we established a military training ground in conjunction with the Army. And there’s a lot of military training going on in that forest using the facilities that we have provided.

“So, that is helping to checkmate the activities of bandits in that forest and I have requested Mr President to also establish another institution within that forest so that, that forest will be liberated completely.

“Also, we have introduced technology within the forest, from the office of the DSS in Kano and the Office of the Commissioner of Police and even from my office, we are able to monitor what is happening in that forest. And there’s effective communication between the DSS and the police and those who are managing the forest; the checkpoints and various places that security agencies are manning.”