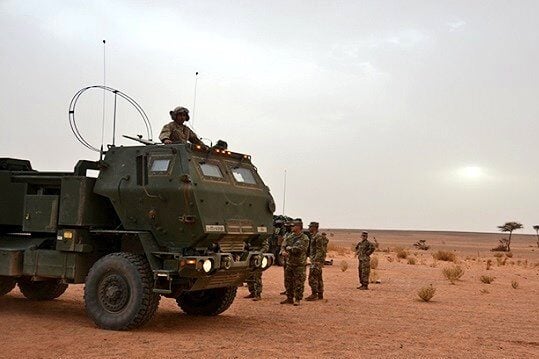 The Moroccan armed forces are conducting joint drills with France in the east of the country near the border with Algeria.

The General Staff of the Royal Moroccan Armed Forces disclosed this in a statement according to the Middle East Monitor on Wednesday.

The Moroccan-French joint air-land exercise dubbed "Chergui 2022" has been taking place from 1-25 March in the Errachidia region in the east of the country.

The statement added that, "The Chergui 2022 is a joint exercise conducted as part of the territorial integrity's defence mission, to consolidate the planning capacities and develop the technical and operational interoperability between the Royal Armed Forces and the French Army."

It added that military officials from both countries have jointly been planning for the drill since last September, in France and Morocco.

The most recent military drill between Morocco and France took place from May 23 to June 3, 2021, in the region of Ouarzazate, southern Morocco.

The French embassy in Morocco added that exercises take place periodically within the framework of military cooperation between the two countries.