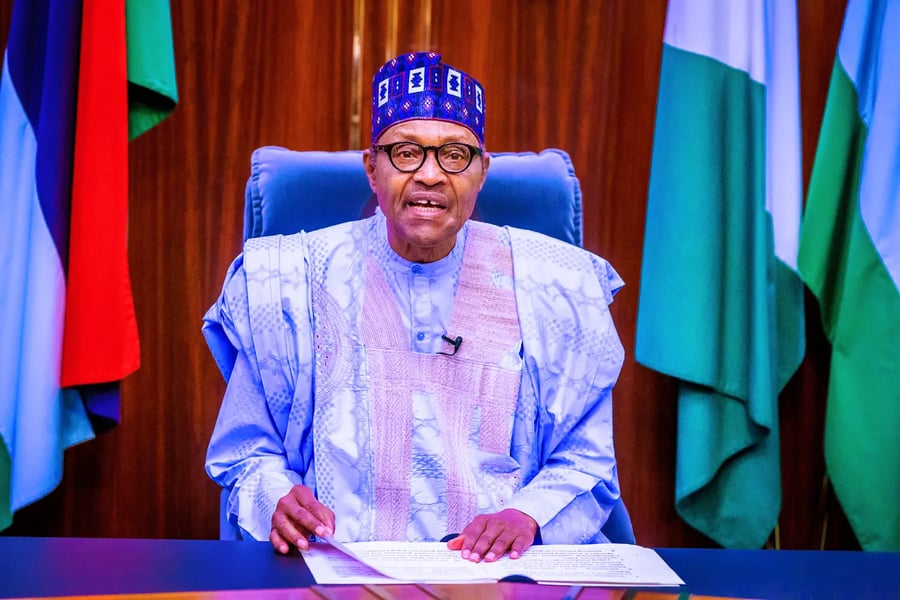 Before the 2015 elections that ushered in for the first time in Nigerian politics, a President from the opposition party (Muhammadu Buhari), Northern Nigerians were grieve-stricken and fear-ridden, mainly due to the activities of the Boko haram terrorist group.

The insurgency that started sometime in 2009 was at first about a small group of people that were unhappy with the way things were, then it escalated to extremist preachings that were mere fabrications to brainwash the vulnerable almajiri group into taking up arms against a government that has neglected them for far too long; being the easiest target.

Many Islamic Scholars including Sheikh Jafar Mahmud Adam and Sheikh Auwal Albani Zaria have been outspoken about how Boko haram has absolutely nothing to do with Islamic teachings, however, the gullible young minds that were abandoned by their parents, society and the government are already far gone in the ideology. 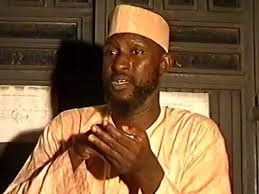 Sheikh Auwal Albani Zaria was ambushed in transit and killed. He once said every inch of Boko haram is not Islam. The group have been agitated by his preachings against them at the time.

At the cradle stage of the insurgency, it claimed the life of a prominent Kano based cleric, Sheikh Ja'afar Mahmud Adam R.A, who was shot while leading the early morning prayer (Subhi) allegedly for speaking out against the terroristic nature of the activities of the group.

The group's founder, Muhammad Yusuf, before he was killed by the Nigerian Security Forces in July 2009, was a student of Sheikh Jafar Mahmud Adam, who was born on February 12, 1960, and killed on April 13, 2007.

There were unsubstantiated speculations that Muhammad Yusuf was captured alive by the military and handed over to the police who later killed him in an open space. 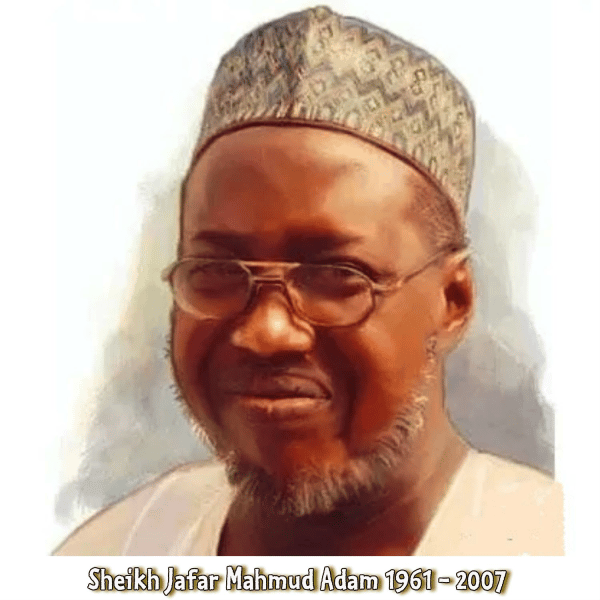 He spoke publicly against any injustices of the government and groups like Boko haram. It was thought that after the death of Muhammad Yusuf, the insurgency that mostly used female suicide bombers to carry out its nefarious activities would end-or at least suffer a terrifying blow, but it did not in the least stop, as Abubakar Shekau, the Boko haram leader with nine lives took over. 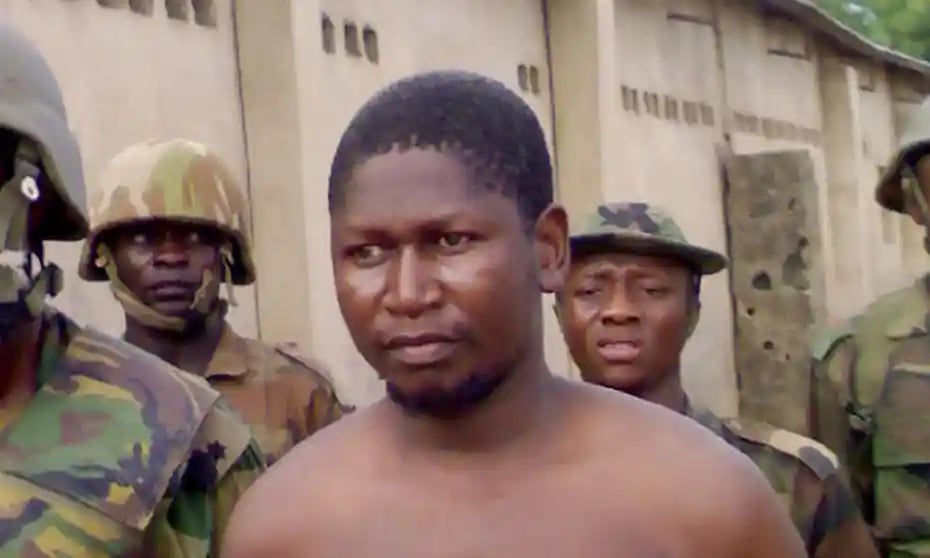 Boko haram founder, Muhammad Yusuf Then things got bloody. The group recruited from households in villages around Maiduguri and Yobe, and spread its evil tentacles to all the Northern states, with Maiduguri, Yobe and Adamawa suffering the most.

People were slaughtered from house to house, bombs and Improvised Explosive Devices were detonated on daily basis, girls were kidnapped, raped and forcefully married- the North became the valley of death.

Muhammadu Buhari at that time was one of those who seemed to have solutions to all the problems, insecurity, fuel price increase, and a way out from the economic hurdle.

So, it was only natural that the people wanted him, he was seemingly the best choice for the country until he ascended into power.

Buhari, who was at different times seen to be vocally sympathetic towards the poor security situation and living conditions of Nigerians was the perceived light in the dark death valley of Northerners at the time.

He was outspoken about how the then Jonathan-led government failed to prioritize the lives of ordinary Nigerians above everything else, which was the major reason he was not re-elected despite being loved for his economic policies in the North.

Unfortunately, people were not living enough to enjoy the wealth they were gathering at the time; for those who gathered enough before the insurgency crippled all economic activities by the forced curfews frequently imposed.

Buhari was thought to be a messiah that would stop the streets from running red with blood and with explosives. So, when he made the following promises; all bowed.

4. Generation, transmission and distribution of at least 20,000 MW of electricity within four years and increasing to 50,000 MW to achieve 24/7 uninterrupted power supply within 10 years

5. Empowerment scheme to employ 740,000 graduates across the 36 states and the Federal Capital Territory.

7. Recruitment and training of at least 100,000 officers into the Nigerian police force and establishing a Federal anti-terrorism agency

8. Eradication of state of origin, replacing that with state of residence to ensure Nigerians are Nigerians first, before anything else.

8. Working with the National Assembly towards the immediate enactment of a Whistle Blower Act

9. Economic stability for the ECOWAS nations and maintaining a strong, close and frank relationship with West Africa, South Africa, UK, USA, Canada, and other African countries

10. Establishing a conflict resolution commission to help prevent, mitigate and resolve civil conflicts within the polity

11. All political officer holders earn only the salaries and emoluments determined and approved by the Revenue Mobilization and Fiscal Commission RMFAC

12. Permanent peace in the Niger Delta and other conflict-prone areas such as Plateau, Taraba, Bauchi, Borno and Abia

13. Preserving the independence of the Central Bank

14. Simplifying the immigration process to foster faster visa processing at points of entry

15. Special incentives to facilitate the education of the girl-child

16. Full implementation of the National Identification Scheme to generate the relevant data

17. Balancing the economy across regions by the creation of 6 new Regional Economic Development Agencies (REDAs) to act as champions of sub-regional competitiveness

18. Putting in place an N300bn regional growth fund (average of N50bn in each geo-political region) to be managed by the REDAs

18. Amending the Constitution and the Land Use Act to create freehold/leasehold interests in land along with matching grants for states to create a nationwide electronic land title register on a state by state basis

19. Reviving and reactivating our minimally performing refineries to optimum capacity

20. Creating an additional middle-class of at least 2 million new homeowners in our first year in government and 1 million annually thereafter

21. Enacting a national mortgage system that will lend at single-digit interest rates for the purchase of owner-occupied houses

22. Investing extra N30bn to the Agricultural sector to create more agro-allied jobs by way of loans at nominal interest rates for capital investment on medium and commercial scale cash crops

23. You farm, the government buys, guaranteeing a minimum price for selected crops and facilitating storage of agricultural products as and when necessary

25. Ending gas flaring and ensuring sales of at least half of gas production, within Nigeria

The man who made these promises was the Buhari Nigerians voted for. But who is the Buhari we have today?