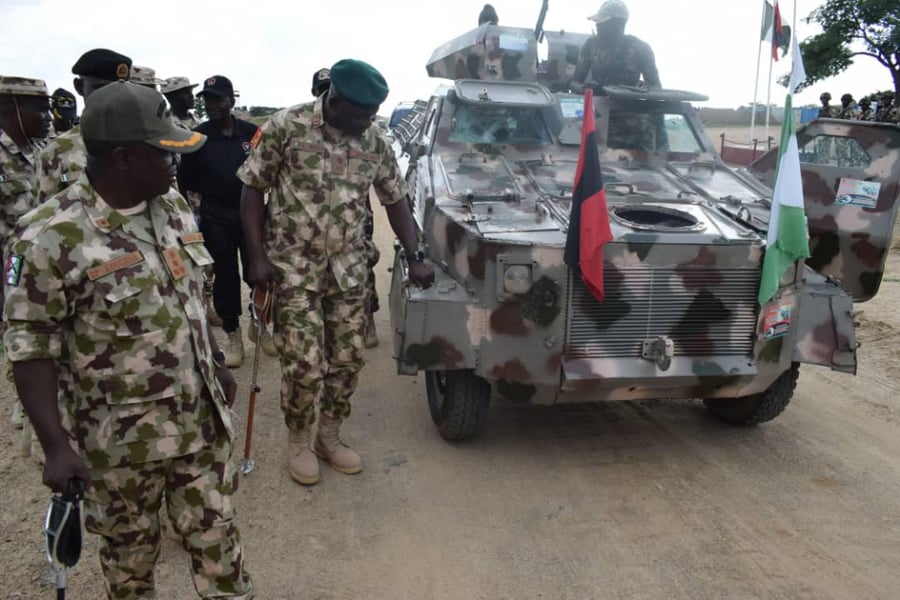 Multinational Joint Task Force on Thursday revealed that it lost six soldiers were during a battle with Boko Haram and ISWAP terrorists within the vicinity of Mallam Fatori Town in the fringes of the Lake Chad region, where 22 members of the sect were also killed.

A statement by the Spokesman of the Multinational Joint Task Force, Colonel Muhammad Dole, disclosed that the operation, code-named SHARAN FAGE had troops drawn from Sector 3 Monguno (Nigeria) and Sector 4 Diffa (Niger Republic), and was heavily supported by Operation HADIN KAI (Nigeria) who targeted Boko Haram/ISWAP criminal terrorists hibernating in the vicinity of Mallam Fatori town.

According to solacebase, the troops brought superior firepower to bear on the insurgents forcing them to abandon their enclaves.

The statement said during the exchange of fire , that 22 Boko Haram terrorists were neutralized during the operation, while 5 of their gun trucks, five motorcycles, and several logistic bunkers were destroyed and eight AK47 Rifles were also recovered from the terrorists.

It noted that six members of the Joint Task Force including two officers and 4 other ranks from both Nigeria and the Niger Republic paid the supreme sacrifice in the line of duty with about 16 others wounded in action.

The statement further revealed that 17 suspects were arrested in the general area of operations and are being profiled.