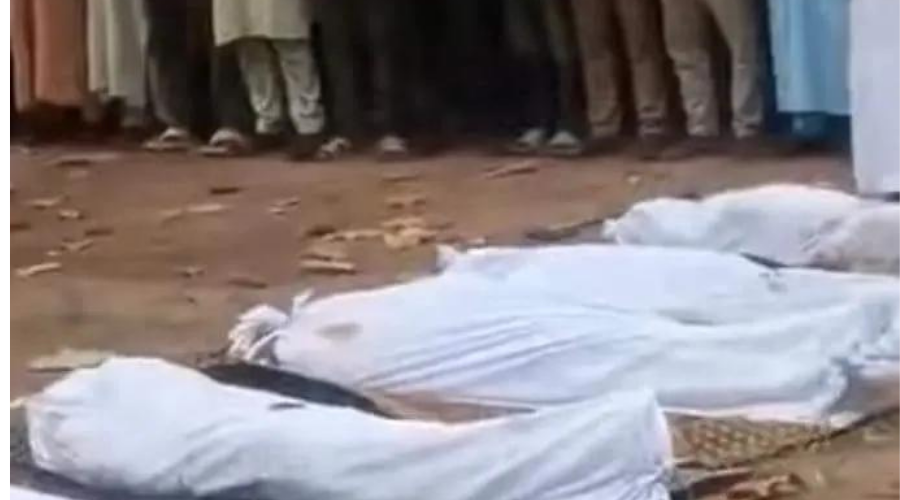 Pregnant woman, Harira Jibrin who was killed by the Indigenous People of Biafra (IPOB) alongside all her four children have been buried in Anambra State.

The leader of the Hausa Community in Orunba South of Anambra, Sarki Kabiru Bakari, told Daily Trust that the corpses of the victims were recovered on Tuesday evening, adding that plan to take them to their hometown in Adamawa for burial was cancelled because the corpses were not taken care of in the mortuary, and could not withstand the travel to the North.

“We have now decided to bury them in Awka Wednesday (today). The mortuary attendant did not treat the corpses, no preservation measure was done; hence we cannot travel with the corpses as they have already started decomposing. We have no other option than to take them to Awka and bury them there,” he said.

Bakari added that the security personnel had been deployed in the area and that the Anambra State police commissioner has visited them and assured them of swinging into action.

“But after we bury the victims, we will all relocate to our hometown in the North; we are no longer safe here. The husband of the woman will also relocate back to Adamawa as soon as he has buried his family; he is working here as a security guard,” he said.

According to the deceased husband, she would have been due this month with their fifth child.

Northerners have been showing outrage over the silence of leaders in all parts of the country, saying their selective silence is embarrassing.