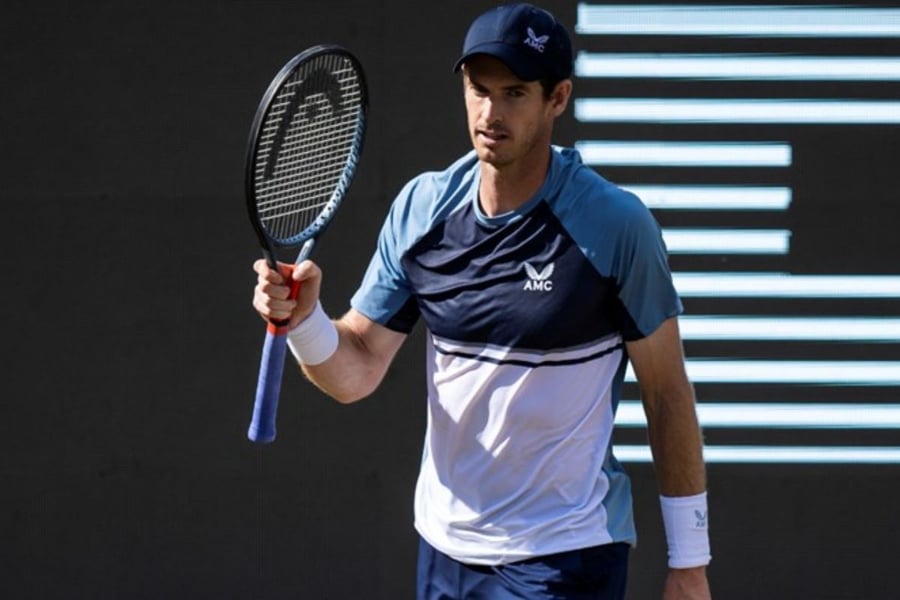 Former world No. 1 Andy Murray looked back to his best on grass as he beat Nick Kyrgios 7-6(5) 6-2 to move into the final of the Stuttgart Open on Saturday after a second-set meltdown from the Australian.

The final is the 70th of Murray's career and his second of the year after a runner-up finish in Sydney in January. The 35-year-old will face second seed Matteo Berrettini who is playing his first tour-level final of the season.

There were some entertaining rallies in an absorbing opening set, while Kyrgios also got the crowd going with an underarm serve and front 'tweeners'.

There was nothing to separate the two players but in the tiebreak, Kyrgios found the net on consecutive points and Murray eventually sealed the set on his serve.

"These courts, when it's playing quick like this, the sets come down to one or two points and I was a little bit more solid and secure in the end of the first set.

"Obviously, in the second set, Nick was very frustrated at the end of the first set and I didn't have to work as hard but the first set was high quality."

A frustrated Kyrgios broke his racket in anger and earned himself a point penalty after dropping the first set and he was still fuming when the second set got underway as double faults allowed Murray to break for the first time in the contest.

The Australian, who was constantly complaining to the umpire, then received a game penalty and he refused to continue playing, sitting in his chair until the supervisor came out and convinced him to finish the match.

But by then Kyrgios had lost his focus and made numerous errors as Murray quickly wrapped up the second set and sealed his spot in the final on his second match point when the Australian's return found the net.

"You're always kind of battling yourself as well as the opponent, it's one of the difficult things about individual sports," added Murray, who has not dropped a set in the tournament.

"Nick has the potential to be one of the best players in the world, there's absolutely no question about that. But yeah, he obviously got very frustrated in the second set and made it a lot easier for me.

"But look, I'm happy to be in the final. I've played well this week and I've got a great opportunity against Matteo tomorrow."