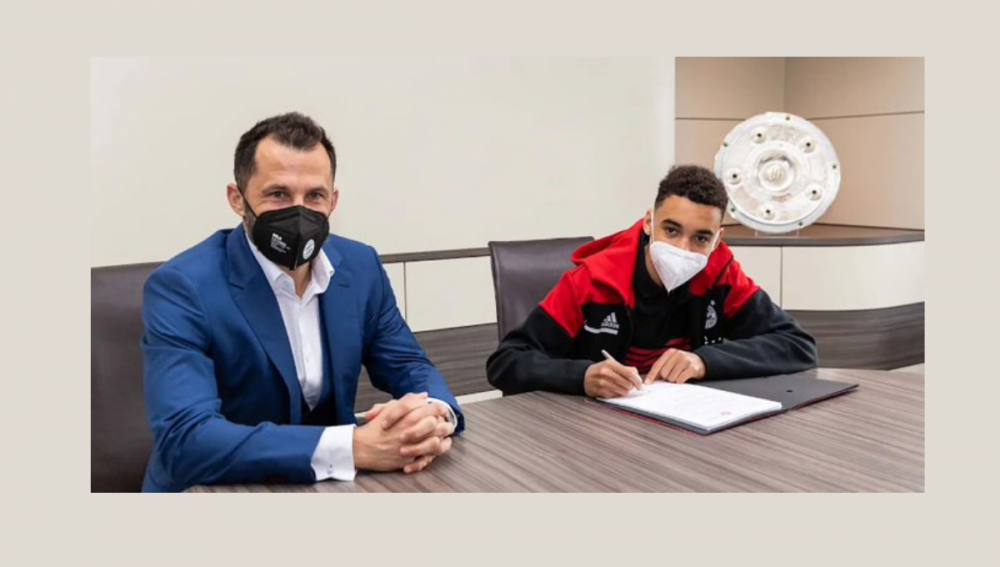 Bayern Munich's rising star midfielder Jamal Musiala has signed his first professional contract until 2026 after turning 18. The announcement was made on Friday.

"I just feel very good at the club and in the team, I'm playing with the best players in the world and I can learn from them every day in training," said Musiala in a statement.

"I just want to keep getting better and win a lot more titles with FC Bayern.

i’m very happy to have signed my first professional contract with FC Bayern. I feel really comfortable at the club and with the team. Thank you very much for all your trust in me!
Looking forward to the next couple of years.#miasanmia #JM42 #moretocome pic.twitter.com/6Kzqvqw3x7

"My aim is to become an important player for this club."

Musiala broke into the Bayern first team this season and has made 27 appearances for the club world champions since joining Chelsea in 2019.

He is expected to play for the Bundesliga leaders against Borussia Dortmund at home on Saturday.

The Stuttgart-born teen moved to London as a child and came through Chelsea's academy before switching to Bayern.

He scored his first Champions League goal in last week's 4-1 thrashing of Lazio in the last 16, first leg.

He is the youngest Bayern player to score in the Champions League.

The attacking midfielder has dual citizenship and despite making his England Under-21 debut last November, Musiala recently stated he wants to play senior football for Germany.

Germany coach Joachim Loew is reportedly set to include Musiala for the World Cup qualifiers at the end of March.

"Before Jamal came to FC Bayern in summer 2019, we had to convince him and his family about our project," said Salihamidzic.

"I am very pleased that our system of finding talented players, developing them and then integrating them into the first team is bearing fruit."