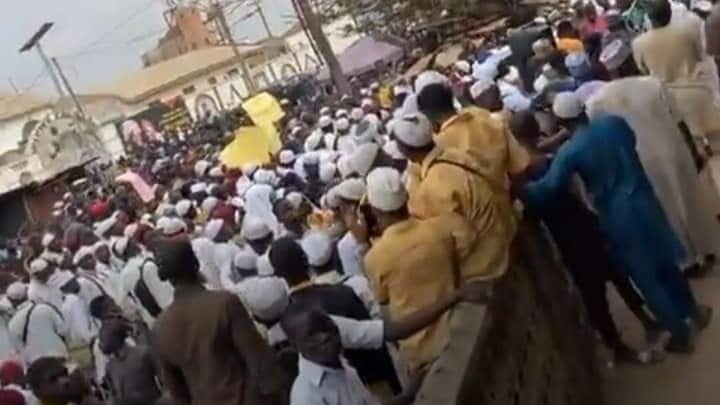 The majority of Muslim youths and different Muslim organisations in Iwo on Wednesday embarked on a peaceful protest to the Iwo Central Mosque.

Speaking to the protesters, the Asiwaju Musulumi of Iwoland, Alhaji Liadi Tella, called for peace to be maintained as steps were taken to resolve the issue. 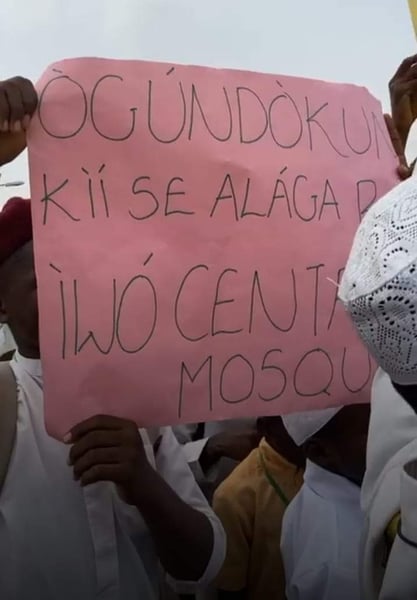 He also added that Iwo Central Mosque for years has been known as 'Mosalasi Oba'.

The protest watchers in Iwo have speculated that the protest resulted from the fallout between the Oluwo, Oba Abdulrosheed Adewale Akanbi, and Chief Shuaibu Ogundokun.

Both have been at loggerheads for a long time as a result of the breaking down of cordiality between them. On different occasions, they have accused each other.

While the Oluwo has always advocated that his being king is an act of God and not man and that all religions and their leaders fall under his authority as the king, Ogundokun has always stated that he as the top Muslim titleholder in the land has the right to appoint any Muslim leader in the Iwo Central Mosque.