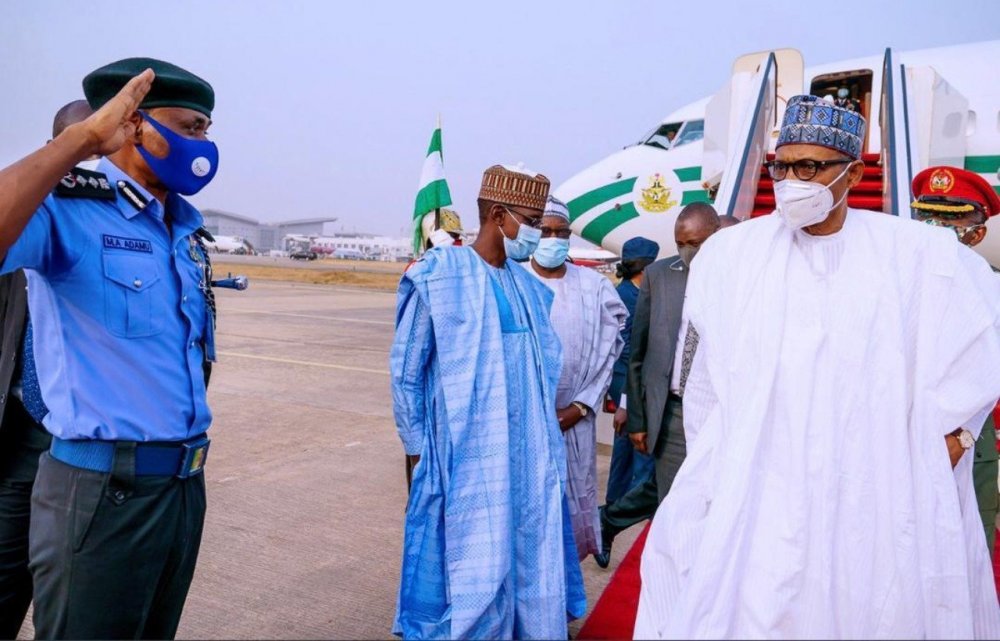 Some Nigerian Police Officers have written an open letter to President Muhamadu Buhari and the Inspector General of Police, Muhammed Adamu over the non-payment of their allowances.

Recall that on Saturday, October 10, 2020, over twenty thousand Policemen were deployed to monitor the Ondo gubernatorial election with a promised allowance. It was gathered that some of the policemen who monitored the election have been paid, while some are yet to be paid their allowances.

Although few days after the Ondo election, affected policemen had raised an alarm over the non-payment of the allowances. An inspector who visited the Nigeria Union of Journalists (NUJ) secretariat in Ibadan to speak said, “You know we have two batches. But, some of us from Oyo State in the second batch have not been paid. The first batch went to Owo and they have been paid.”

The Inspector acknowledged that after the initial report was published, the police authority sent a signal to them but nothing has been done since then.

“But, those of us in the second batch have not been paid. We are more than 200. After the report came out, they sent a signal to us. They claimed that some people have problem with their bank details, but what about some of us that do not have issues? Some people at the top are sitting on our money.

“After the report was published, they sent a signal to us. They claimed that some people have issues with their account details. But, I don’t have a problem. Let them pay us.

“The IG is aware of this problem because the signal sent to us is from the IG’s office. But, we want President Muhammadu Buhari to intervene. The problem may be from the Ministry of Finance and the police budget office because we believe that the money must have been released but some people are sitting on it.

“We went there on Monday and came back on Sunday. We fended for ourselves, got hotel accommodation by ourselves. They first took us to Isua, then later to Ese -Odo.

“And I need this money to settle my medical bills. I have to take care of myself in the hospital.”

Meanwhile, an open letter dated February 16th, addressed to Buhari and Adamu, reminded the IGP and other concerned authorities that their Ondo election allowances had not been paid despite several promises in the last four months.

The affected policemen claimed they had used their personal resources to cater for a federal assignment.

Part of the letter stated that “In obedience to the IGP’s directive, all officers drafted to Ondo State for the purpose of the election were all physically present at their different places of assignment a week ahead of the election.

“We all remained there until a stand-down directive message was received from Abuja, no feeding, no accommodation allowances were provided. We all used our personal funds for feeding, accommodation among others.

“A large number of us have not been paid. About six weeks after the election, there was a newspaper publication in respect of the non-payment of allowances, as a result of complaints from some of us.

“Then, the IGP sent another signal, assuring officers and men that their allowance would be paid.

The concerned policemen also called on the IGP Adamu and other concerned authorities such as the Police Service Commission, Independent Electoral Commission (INEC), Ministry of Foreign Affairs, and the Presidency to do all within their power to pay their allowances.

AllNews Nigeria reacted out to the Force Public Relations Officer, Mr. Frank Mba via calls and SMS for a reaction but got no response as at the time of filing this report. 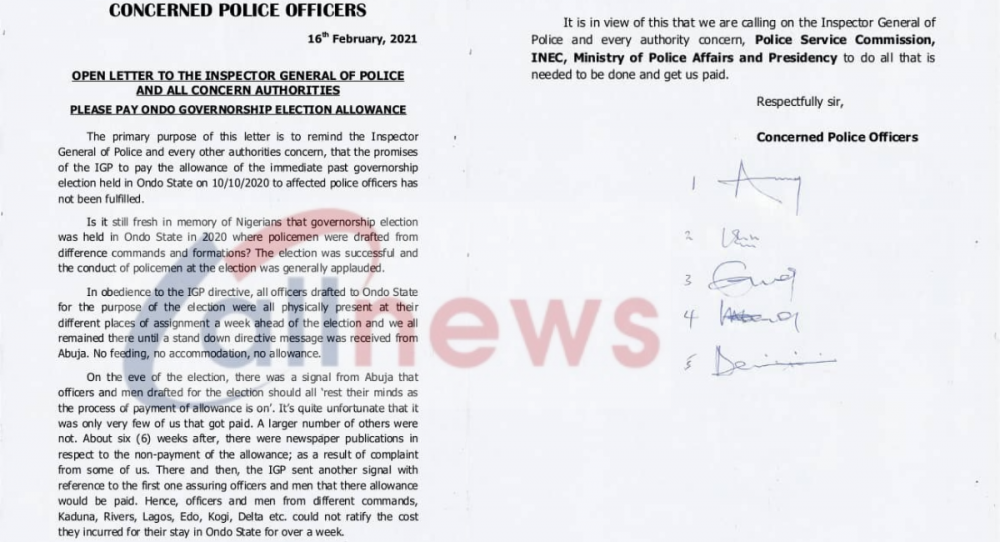