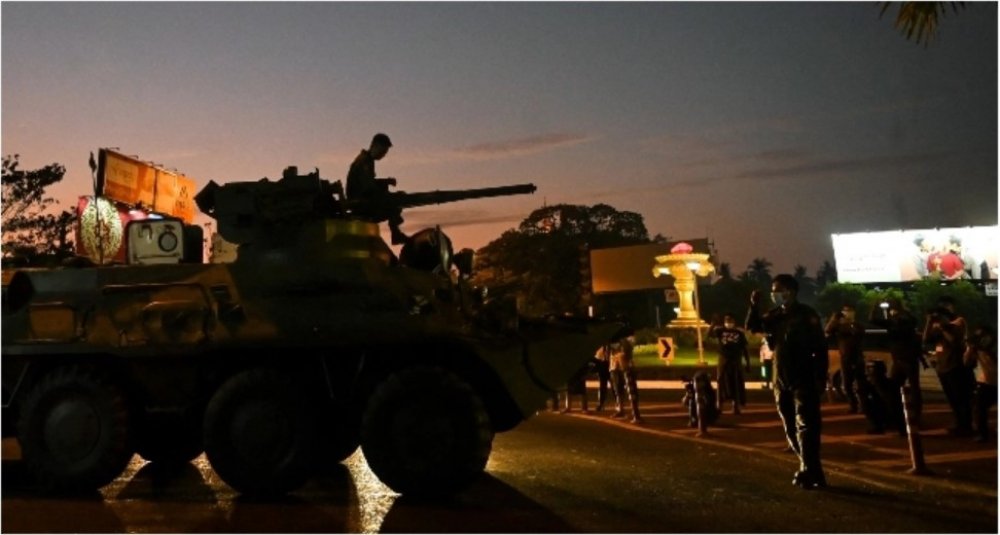 Myanmar’s Junta has deployed extra troops around the country and choked the country. The military did this on Monday to intensify a crackdown on anti-coup protesters, but demonstrators continue with their demands on the streets.

The military has gradually escalated efforts to end an uprising against its seizure of power two weeks ago. The coupled to the detainment of the civilian leader, Aung San Suu Kyi detained along with hundreds, including members of her democratically elected government.

The generals had imposed an hours-long internet shutdown on Monday and increased the military presence across the country overnight. Armoured vehicles were seen at the commercial hub and biggest city, Yangon.

But again, fresh protest flared in the city, and near the central bank where troops were deployed.

Among the more than a thousand gathered in front of the bank, a 46-year-old Nyein Moe said, “Patrolling with armoured vehicles means they are threatening people.”

“People are marching on the streets and they don’t care to be arrested or shot. We can’t stop now. The fear in our mind is going away.”

According to an AFP journalist, the northern district of Yangon also witnessed the protest of hundreds of engineering and technology students.

Also, in the southern city of Dawei, there was a fresh rally, a verified live stream on Facebook showed a marching band accompanying hundreds of protesters.

“They kill in (the) day. They steal at night. They lie on TV,” some banners against the military read.

A large number of protesters also came out in the capital Naypyidaw and the second-biggest city Mandalay.

Internet connectivity was later restored at the start of the working day, with Netblocks adding that the blackout lasted around eight hours.

The monitor added that most users in Myanmar were still restricted from social media.