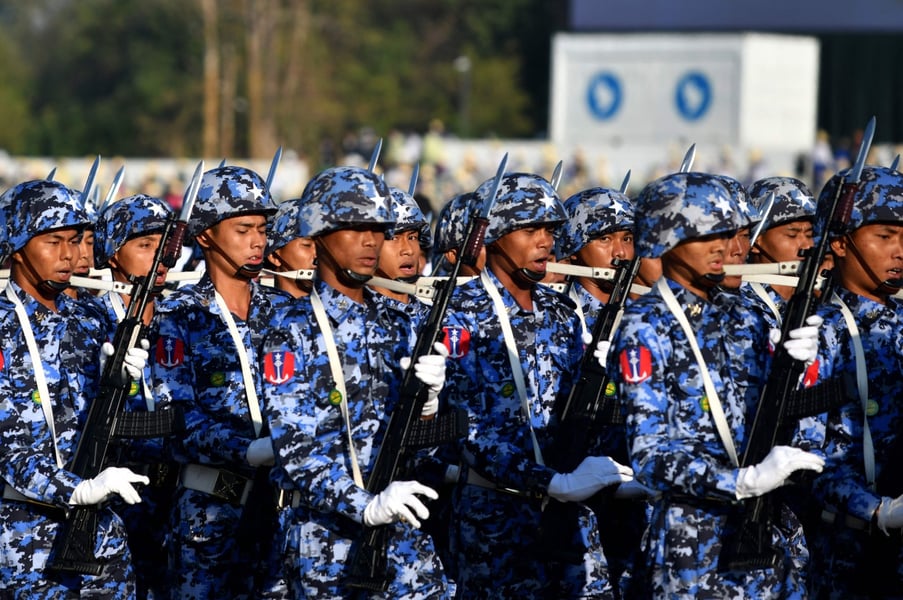 The Myanmar military has been accused of genocide, war crimes and crimes against humanity by a group of their fellow countrymen in Germany.

The case was lodged with Germany's Federal Public Prosecutor General under the principle of universal jurisdiction, which allows the prosecution of certain grave crimes regardless of where they took place.

The campaign group Fortify Rights, which is leading the legal case, said in a statement that the 215-page complaint alleges the military "systematically killed, raped, tortured, imprisoned, disappeared, persecuted, and committed other acts that amount to genocide, crimes against humanity, and war crimes.”

The complaint draws on more than 1,000 interviews conducted by Fortify Rights since 2013, as well as leaked documents and information from the Myanmar army and deserters, said the rights group.

It alleges that senior military officials "knew about their subordinates' crimes, and failed to take any action to prevent the crimes from happening and to punish the perpetrators."

Germany has repeatedly prosecuted atrocities committed abroad, including the war in Syria.