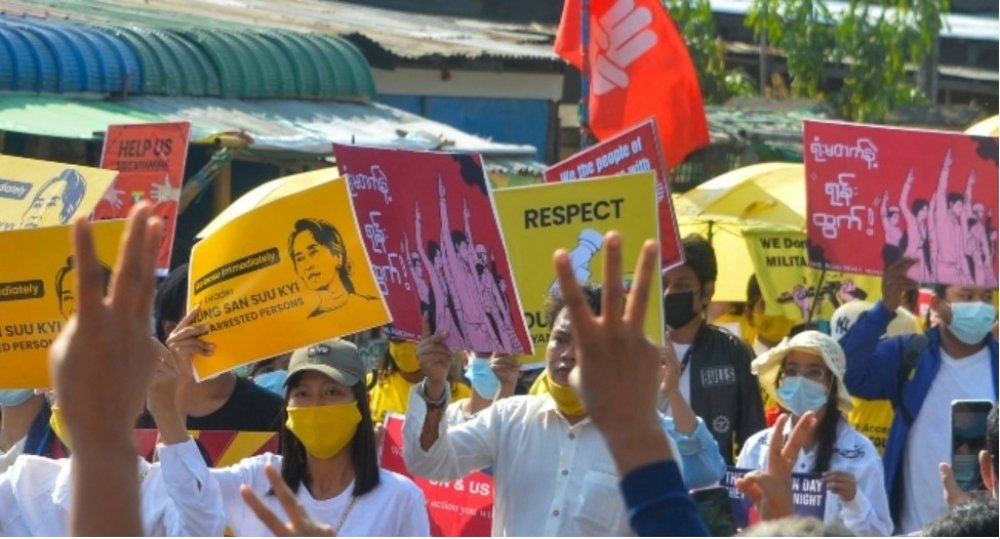 Tens of thousands of anti-coup protesters have continued rallies across Myanmar on Monday, despite a clear threat from the junta that it was prepared to use lethal force to crush what it called “anarchy”.

The junta gave the warning after three demonstrators were shot dead over the weekend and the funeral for a young woman who died of bullet wounds at an earlier rally.

The demonstrations have started since Myanmar’s military staged a coup on February 1 and detained civilian leader, Aung San Suu Kyi, bringing an end to a decade-long experiment with democracy.

“Protesters are now inciting the people, especially emotional teenagers and youths, to a confrontation path where they will suffer the loss of life,” said a statement on state-run broadcaster MRTV.

The statement which was read out in Burmese with text to the English version on the screen, warned protesters against inciting “riot and anarchy”

On Monday, protesters showed they were undeterred by the warning with tens of thousands rallying in Yangon, Myanmar’s biggest city and commercial hub.

“We came out today to join in the protest, to fight until we win,” said Kyaw Kyaw, a 23-year-old university student.

“We are worried about the crackdown, but we will move forward. We are so angry.”

The Yangon residents on Monday woke up to a heavier security presence, including police and military trucks on the roads and embassy district barricaded.

“The military unjustly took power from the elected civilian government,” said the 29-year-old, who asked not to be named.

“We will fight until we get our freedom, democracy, and justice.

There were thousands rallied in Naypyidaw, the capital and a military stronghold, with many motorbikes. There were large protests in the cities of Myitkyina and Dawei.

Many businesses in Yangon, and other major cities were closed on Monday, after calls for general strike to inject more momentum into the civil disobedience movement.

Re-Appointment Of Guterres, A Vote Of Confidence – UN Deputy Chief