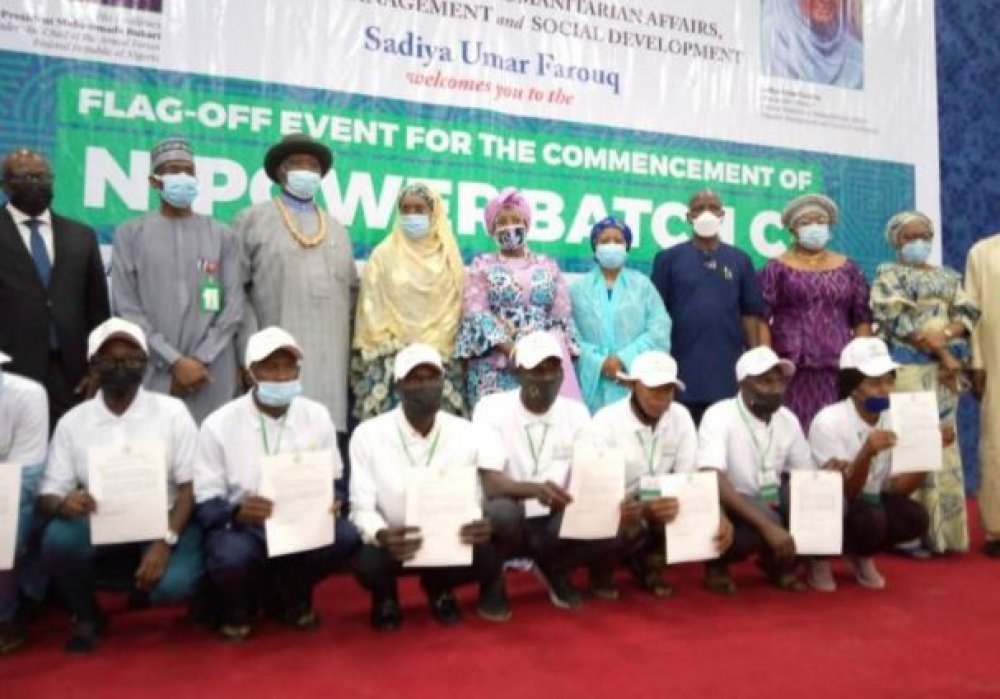 Recall the Federal Government on 23 August in Abuja inaugurated the 510,000 N-Power Batch C stream 1 across the country.

In her keynote address at the inauguration, Hajiya Sadiya Umar Farouq, the Minister of Humanitarian Affairs, Disaster Management and Social Development congratulated the successful beneficiaries, saying that the N-Power Batch C was divided into two streams; Stream C1 of 510,000 beneficiaries and stream C2 for 490,000 others.

“Today, we are here to inaugurate the N-Power Batch C1. The N-Power graduate volunteers are entitled to a monthly stipend of thirty thousand naira each (N30,000.00) for a period of one year.

"The non-graduate beneficiaries are entitled to ten thousand naira (N10,000.000) monthly stipends for a period of nine months.

“All beneficiaries are granted an appropriate starter pack for their trade, to enable them start their businesses in their chosen trades. By the special grace of God, I hereby flag-off the N-Power Batch C1 for the 36 States and FCT,” Farouq had said.

Despite the supposedly cheering news, AllNews discovered that majority of the successful Batch C beneficiaries are worried about their inability to access their NASIMS dashboard and download their Place of Primary Assignment (PPA) letter. The problem persists as of the time of publishing this report.

A screenshot of the message N-Power Batch C beneficiaries get

Nelson Manuel said: "It has been showing 'please try again later', even with my 4G connection".

Lagos-based Dupeola Ariyike said: "I was able to access my dashboard before, but since like so, I can't even log in." Speaking to AllNews on Tuesday, Isa Ayandiran also made the same complaint.