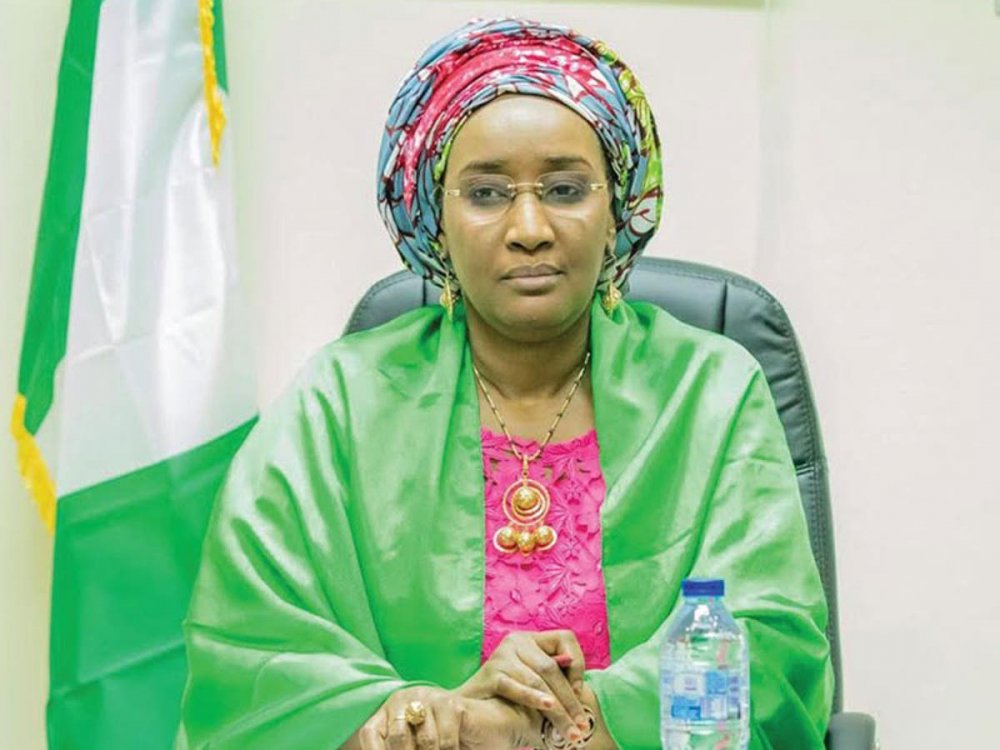 The Ministry of Humanitarian Affairs, Disaster Management and Social Development of Nigeria is quiet regarding a viral report that claims that it has concluded plans to pay N300,000 soft loans to exited Batches A and B volunteers.

AllNews observed that many erstwhile N-Power beneficiaries - who are curiously waiting for what the much-publicised NEXIT has in store for them - are confused about the authenticity of the report.

Findings by AllNews reveals that the report has been online since at least February 18.

The report claimed that Sadiya Umar Farouq, the Minister of Humanitarian Affairs, "responded to some questions asked by journalists on Channels TV in a recent interview and mentioned that the Federal Government of Nigeria has resolved to empower volunteers with soft loans".

It quoted Hajia Farouq as saying: "We are on the final stage of the loan plan. All arrangements are on point to empower over 500,000 volunteers with soft loans needed to pursue their businesses.

"Fund has been budgeted and in due time, each volunteer will get a minimum of 300,000 depending on the business a volunteer would present. Disbursement will start soon."

AllNews could not find any recent interview Farouq had with Channels TV though. 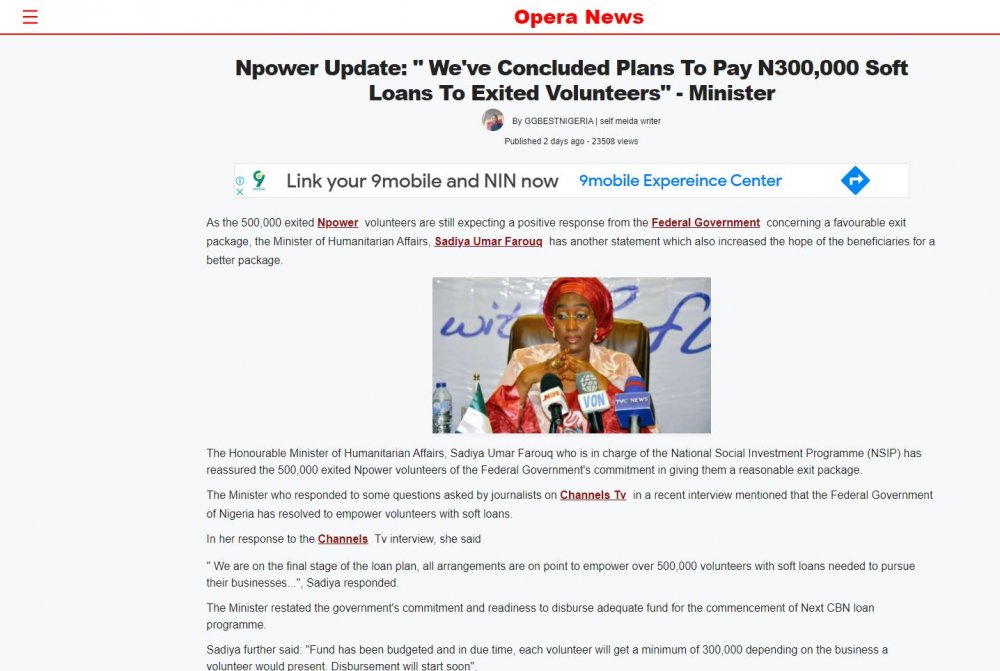 The Muhammadu Buhari administration prides the N-Power scheme which is targeted at youths, as one of its major achievements. It says it is one of the largest post-tertiary job schemes in Africa.

The NSIP (an initiative the N-Power scheme is one of its elements), which was formerly under the office of the vice-president, Prof. Yemi Osinbajo and managed by Hajia Maryam Uwais, special adviser to the president on social intervention, was moved to the ministry of humanitarian affairs, disaster management, and social development on October 1, 2019.

The N-Power scheme had sub-components as N-Teach, N-Agro, N-Health and N-Health.

About 26,000 non-graduates in the N-Build, which consist of automobile, hospitality and technology categories have been trained in 36 states and the Federal Capital Territory (FCT).

While Batch A graduate beneficiaries were exited in June 2020, their Batch B counterparts, who came on onboard in 2018, were withdrawn from the programme in July 2020.