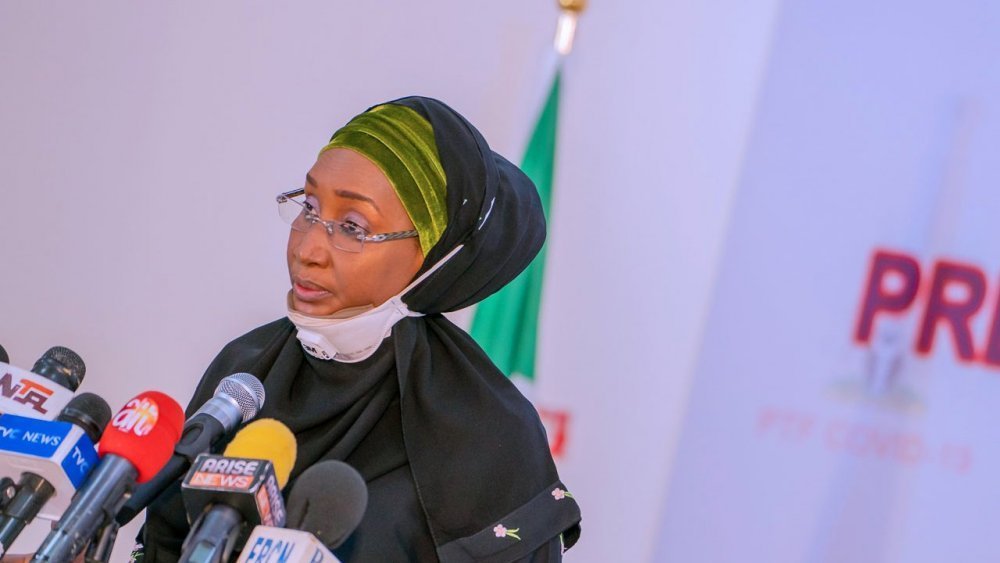 Minister of Humanitarian Affairs, Disaster Management and Social Development in Nigeria, Sadiya Umar-Farouq, was recently adjudged the best minister in twelve months of President Muhammadu Buhari's second term by Transparency Watch. Instead of rolling out the red carpet to celebrate the achievement, she humbly told me that it calls for more work and not celebration.

In her opinion, which appeared on TheCable online newspaper, Nneka Ikem in an article disingenuously captioned "Reward for hard work is more work" to analyze her paymaster as the best minister in twelve months of President Buhari's second term. A script given to her by those she is serving at their pleasure.

It is important that we note that the people she is doing the hatchet job for are largely responsible for most of today's ills in Nigeria and they are wholly responsible for the extreme poverty, ignorance, and backwardness of the youths in this country whose passion to serve their fatherland is invaluable.

As she wrote her article at the behest of her paymaster, she forgot to whisper into her ears that N-Power volunteers are yet to receive their pay for the month of June. Likewise, others being owed for months. Nneka didn't see anything wrong in withholding stipends of volunteers who have laboured in our public institutions for years.

Those being owed for months Madam Minister claimed their accounts were flagged as a result of they earning from government agency, which is not entirely true.

Her conscience failed her. Her humanity didn't remind her that we all are interconnected and that what we do today when providence smiles at us will always be a reference point at every point in history, especially as a public servant.

They are so detached that Nneka Ikem couldn't hold back to think twice that N-Power volunteers too are human beings and that they have families and children.

Nneka Ikem forgot to remind her boss that July stipends are unpaid and we are in September.

Nneka no matter how had you try to remake your paymaster's image, history will be forged by her action and inaction.

So, why are you trying so hard to cover up the deeds of your boss through an uninspiring award?

History has been the best storyteller even when some people are scared of their own actions, thereby trying to rewrite it.

My advice to the minister and her media aide and the "powers-that-be" is that whatever we do that's void of empathy, compassion and humanity devalues a nation and such a nation loses her dignity not just within but internationally.

Finally, Nneka claimed that her boss said the reward for hard work is more work. What happened to the labour of patriotic and passionate volunteers in their thousands whose hard work and story are invaluable in the line of duty? What's their own reward of service?