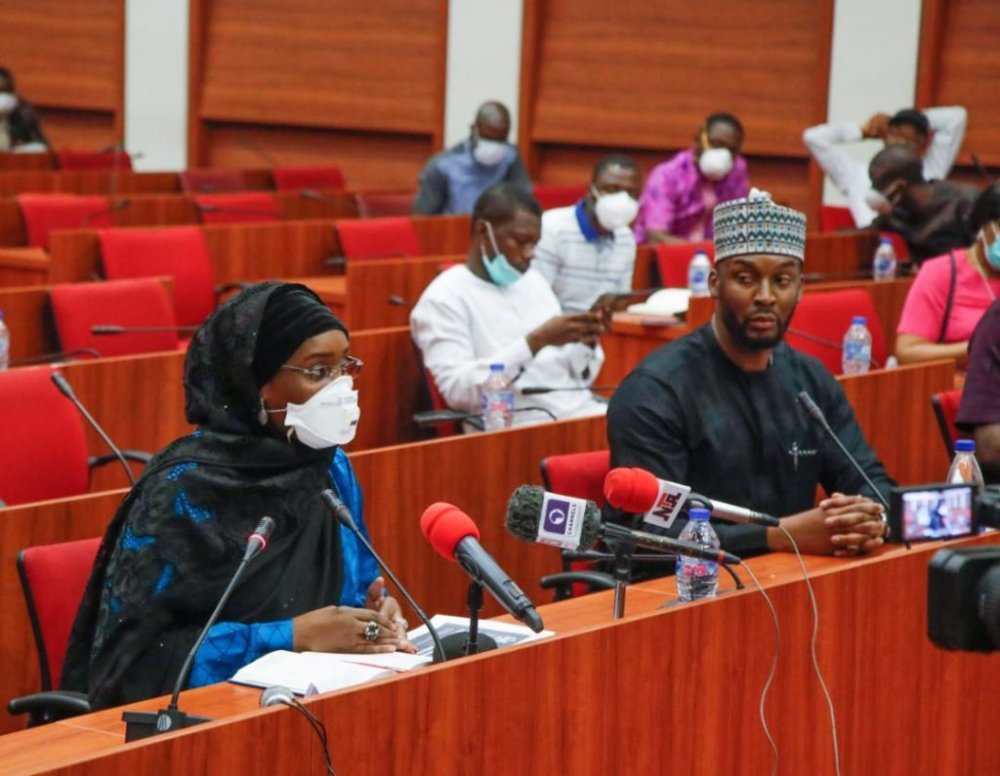 Kabiru Pelemi, the National N-Power President has expressed his dismay at the inaction of the Nigerian National Assembly in respect of the owed stipends of exited beneficiaries and the delayed implementation of the NEXIT by the Federal Ministry of the Humanitarian Affairs, Disaster Management and Social Development.

“I wonder why @nassnigeria have not call @Sadiya_farouq into order,” Pelemi wrote on Wednesday, April 28th, on his known Twitter handle. 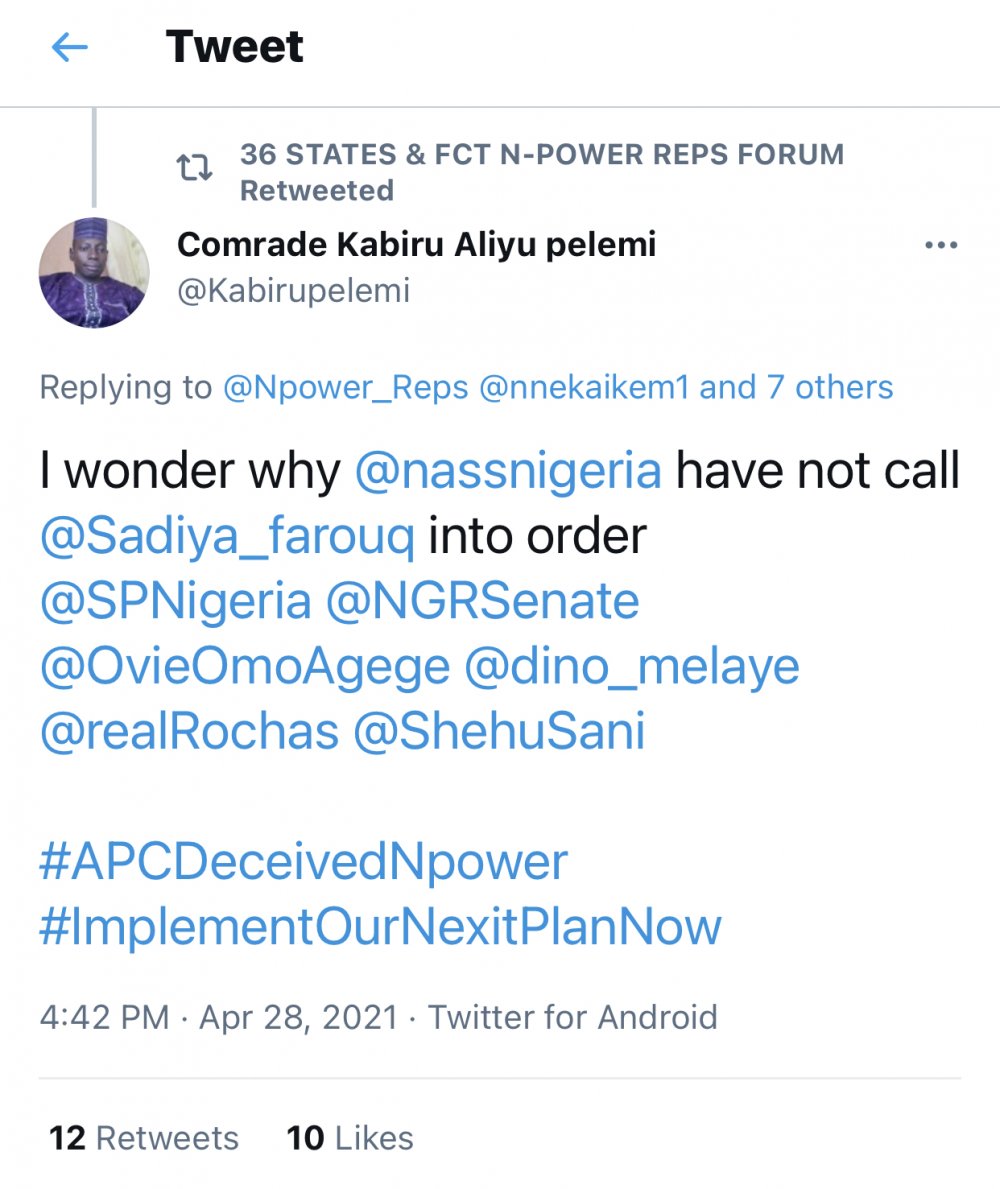 Batches A and B beneficiaries of the Federal Government’s N-Power scheme last Wednesday commenced an online protest in respect of their unpaid stipends from 2020, and the delayed implementation of the NEXIT by the FG.

AllNews understands that the protest - orchestrated by the 36 States and FCT N-Power Representatives - is expected to last for two weeks.

The demonstration became imminent following the expiration of the near four-week ultimatum given to the Ministry of the Humanitarian Affairs, which is headed by Sadiya Farouq.

What brought about this latest action by former N-Power volunteers

Six months after the Ministry of Humanitarian Affairs, Disaster Management and Social Development asked Batches A and B beneficiaries who are owed multiple months stipends to see their State Focal Person, Farouq, who heads the ministry has continued to ignore their cries.

More than 14,000 bonafide N-Power Batches A and B beneficiaries, who were disengaged from the scheme since July 2020 have not been paid their entitled stipends (many of them owed March to July, and Wema Bank users didn't get paid for June 2020). This, despite the revalidation exercise that happened in October 2020 across major Nigerian states.

Also, since releasing the NEXIT Portal on November 30 2020 - four months after exiting N-Power Batches A and B beneficiaries, the Ministry of Humanitarian Affairs, Disaster Management and Social Development of Nigeria which is saddled with N-Power duties have not effected the Central Bank of Nigeria (CBN) Empowerment Programme.

This is despite the fact that hundreds of ex-N-Power beneficiaries have logged on to the NEXIT portal and provided the required additional information for possible placements into the various CBN intervention options.

Pelemi had on March 16 said in a statement that N-Power Batches A and B beneficiaries who were exited from the famed scheme in July 2020 are tired of Farouq and her ministry’s delay tactics.

The ultimatum given by N-Power representatives forum to the Humanitarian Affairs Ministry lapsed on Monday, 12th April, 2021. Hence, the current online protests. Some of the hashtags deployed are #PayNPowerMoney, #APCDeceivedNpower and #ImplementOurNexitPlanNow.

Established in 2016, the N-Power scheme is one of the national social investment programmes of the federal government targeted at unemployed graduates who are engaged by the government and paid N30,000 monthly stipend.