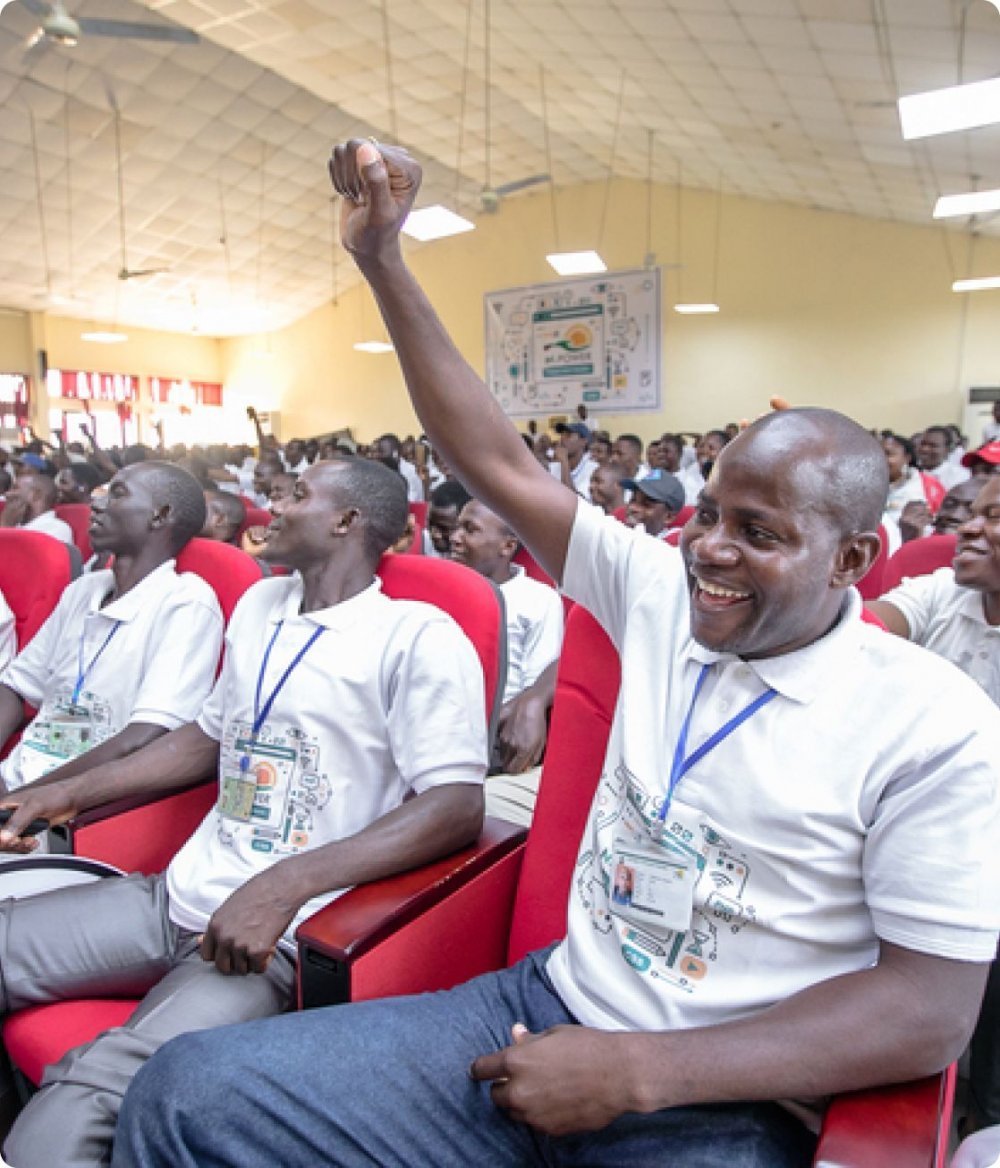 The social investment program created by the Federal Government in 2016 with the primary aim of reducing poverty is gradually experiencing a downturn. From delay in inhumane stipends that can't meet daily obligations of the volunteers to undefined or uncertain exit package plan for the N-Power beneficiaries among others.

On the 24th of February 2020, Ogun State N-Power beneficiaries trooped to the streets on a two-day protest to drive to the seat of government their demand for basic human rights or economic security and certainty.

After four years and two years of hardwork, endurance, commitment, dedication, endurance and service to primary and secondary school pupils and students, health centers, and farmlands by Batch A and B respectively, the government whose serial negligence in rewarding values thrown this nation into instability, is at it again talking disengagement of volunteers.

A system that economically segregates the child of the nobody is creating a society divided into two. That of the nobody and that of the somebody. A society where hardwork, diligence is thrown into the dustbin.

The primary aim of any responsible government is to provide security and economic security where people can work and earn decent living and live life not the one that's greasing an opportunistic few for the next election.

We face security threats today due to economic injustice and inequality. So the country is wounded and paying the supreme price the with the lives of the powerless. Some politicians can no longer visit their hometown. Abuja is their new hometown.

As a matter of emergency, the government (state and federal) ought to have made the platform an employment pool where graduates from different fields are drawn to fill vacant positions in ministries and private firms instead of giving slots to politicians as an investment for next election.

Primary school and secondary school pupils can attest to the passion invested by N-Power volunteers in impacting them with knowledge so far so good even when stipends were unpaid for three months in 2019 and later paid by December.

This testimonial of sacrifice and service should have been considered before now because another fact according to Senior Special Adviser to the President on job creation is that there is shortage of teachers in state schools across the nation, a verifiable fact.

According to him, "What we have found out is that they are filling a lot of gaps in some places like schools, where they do not have enough teachers. In some schools where the N-Power are posted to, you discovered that it is only the principal and some NYSC members that are teaching students, the N-Power teachers have helped to complement their efforts.”

Also in Ekiti, a 34-year-old veteran teacher revealed that "If not all of them, a majority of the N-Power teachers have mastery of the subject matter. They have not been found wanting also in the theoretical aspect of teaching. Especially the way they make use of teaching aid in classes; and that is actually very impressive.

“There is one of them who is a Physics teacher now, we have to keep deploying from one class to the other just because we don’t have adequate teachers to cover those classes.

“The one that is taking Christian Religious Knowledge is a born teacher, who is very efficient and very punctual in her classes.”

In far away Kano, Haliru Inuwa, principal of Government Secondary School, Daurawa, said the eight N-Power teachers deployed to his school since December 2016 have been the saving grace for him and his students.

“We have eight beneficiaries of N-Power posted to my school here,” he said.

“Most of them are handling core science subjects which most of the schools in Kano state are lacking generally. Yes, subjects like Mathematics, English, etc. To our surprise, and against the earlier concern raised that they might not perform well in teaching, the N-Power volunteer teachers are not only committed to their teaching but are also punctual,” he added.

With stakeholders attesting to an excellent service by N-Power beneficiaries with sense of duty, shouldn't any responsible state government put a process in motion for a permanent absorption of these indefatigable volunteers? Over the last two years Lagos State has recruited not less than twice,  thousands of teachers, yet there is still a shortage of teachers such that the vacuum is being complimented by these unappreciated volunteers, in fact their hardwork ad service cannot be overemphasised because they worked even more than they are paid for.

So, also Federal Government have recruited their loved ones into CBN, NNPC, National Assembly and other ministries without any consideration for those who have served this country diligently and passionately as volunteers.

The best to think of is to disengage them. If the reward for hardwork is disengagement then our nation is promoting negative ideals and values. And that will hunt them later.

Our leaders sit down in their offices and step on the hardwork of these young men and women. And allocate slots to their friends and families. They prefer party politics of recruitment. We the people own the state and we the people are the government, not some politicians.

Since the coming of the Minister of Humanitarian Affairs and Disaster Management there has been no love lost between her and the volunteers.

From months of stipend delays to months of outstanding allowances. The minister never stopped using the media to spin the narrative of her disdain for youths whose hardwork can never be deleted through her encyclopedia of lies.

I don't know if the honorable minister has a degree in propaganda because she seem to love that art a lot and her moves are deft and inhumane.

We have heard from a time when she said she has paid stipends but alert refused to drop for anyone. Volunteers were fooled by her media statement to continuous media statement giving empty assurance.

She at one point had to pay on Sunday before appearing before the house committee on poverty alleviation for hearing on unpaid stipends. Most questions asked by the lawmakers were thrown to her subordinate on the seat for answers when she couldn't answer them.

Most times when asked by media on the delayed payment she would say she has signed for payment that it's now in accountant generals office for payments. That payments most times can be in months. So who is deceiving who? The honorable minister or the "victim" Accountant-General who has never made any clarification on such statement by the minister.

Recently, she asked the focal persons from each state to collate N-Power volunteers' data for the transition plan. But as we speak there is no official communication to back that up but what we have is volunteers creating a data collection platform to collate data.

And no official statement from state focal persons to corroborate the media directive the minister gave as regards collation of data. Another question is don't they have our data before now?

How have they been paying us if they need to collate our data again? What happened to our existing data that they have with them that they now need a new one for transition plan?

As I write, thousands of people are being owed. July stipends unpaid. Her response so far is that" the office of the Accountant-General is the last authority responsible for the release of their stipends. However, all is being done to get them paid."

Is she and her staff not receiving their salary?

Some days ago she said she was celebrating one year in office, a celebration of lackluster performance or wickedness or lies?

The two main tiers of government: federal and state governments, who directly benefitted from the valuable and priceless services of this young aspiring Nigerians should search deep within their conscience, dig for empathy compassion, and kindness and make a decisive decision, popular or unpopular in keeping their promises of creating millions of jobs yearly and also fulfilling the fundamental human right of dignity and decent life by giving permanent jobs to Volunteers and grants to those who may wish to start their own business.

Honourable minister, please find joy in showing quality and visionary leadership such that history will judge you fairly. What Volunteers are asking for is fairness, not privilege.

After all, unemployment is man-made and the solution too will come from social justice.

Overcoming poverty and unemployment is possible if we put our selfishness and greed aside.

For any country to be great, it has to be compassionate.