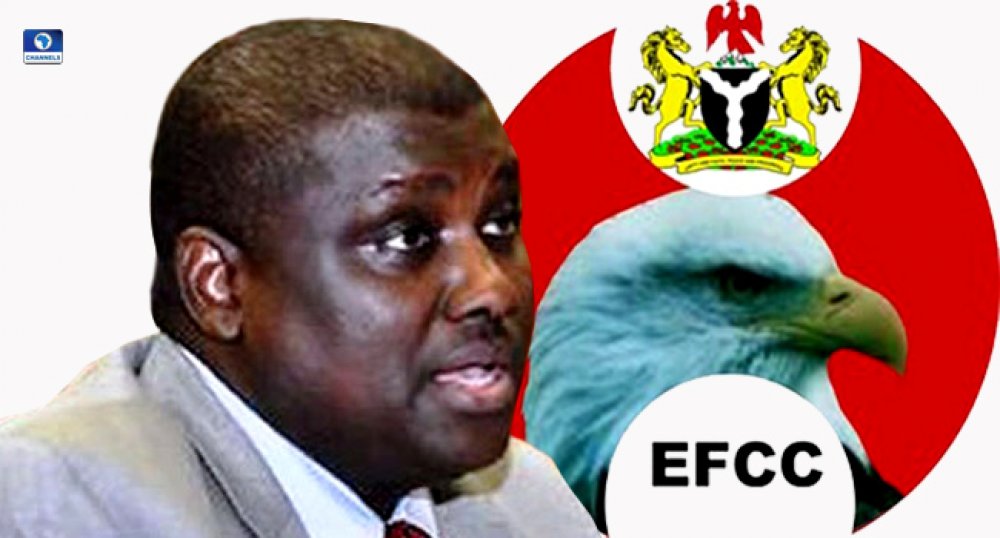 Justice Okon Abang of the Federal High Court will, on Friday, resume hearing ‘in a suit filed by the Economic and Financial Crimes Commission (EFCC) against the Chairman, defunct Pension Reformed Task Team (PRTT), Abdulrasheed Maina, in Abuja.

The judge will also hear the trial of Faisal, the son of the former pension reformed boss, who is on trial on three charges bordering on money laundering, the same day.

Besides, the case involving the former Governor of Adamawa, Murtala Nyako, and others will also come up before Abang.

It was gathered that hearing notices to this effect had been issued to parties in the matters.

According to NAN, the EFCC’s lawyer, Mohammed Abubakar, when contacted on the telephone, replied via a text message that; “I have been served with hearing notice for Maina.”

On June 17, that the EFCC had urged the Chief Judge of the court, Justice John Tsoho, not to reassign some cases, including Maina’s suit, to another judge.

The anti-graft commission was reported to have applied to Justice Tsoho for a fiat to allow Justice Abang, the presiding judge in these cases conclude the matters. The development followed the transfer of Abang to Warri division of the court in a March 16 circular signed by Tsoho.

It would be recalled that Abang was replaced by Justice D.U. Okorowo at the Abuja division. It is a common practice that whenever a judge is transferred before delivering judgment in a case he or she handles, the case will have to start afresh if another judge takes over.

Such case, however, can continue only where parties in the suit apply for a 'fiat', a provision of the Federal High Court Act that allows a presiding judge to conclude a matter irrespective of his or her new posting, apart from Section 98 of the Administration of Criminal Justice Act (ACJA) that stipulates that a judge who begins a matter shall be allowed to conclude it in criminal cases.

The judge is then bound to come from his current division to hear the case.

It was gathered from an EFCC source that since Maina and his son’s trial, including Nyako’s case, had gone far, it would only be good and in the interest of justice, for the judge to conclude the matter.

“Maina has been arraigned, we have called all our witnesses and the defendant (Maina) has opened his defense.

“So it will only be proper for the presiding judge to conclude the trial to guard against delay in justice,” the source who did not want to be named had said.