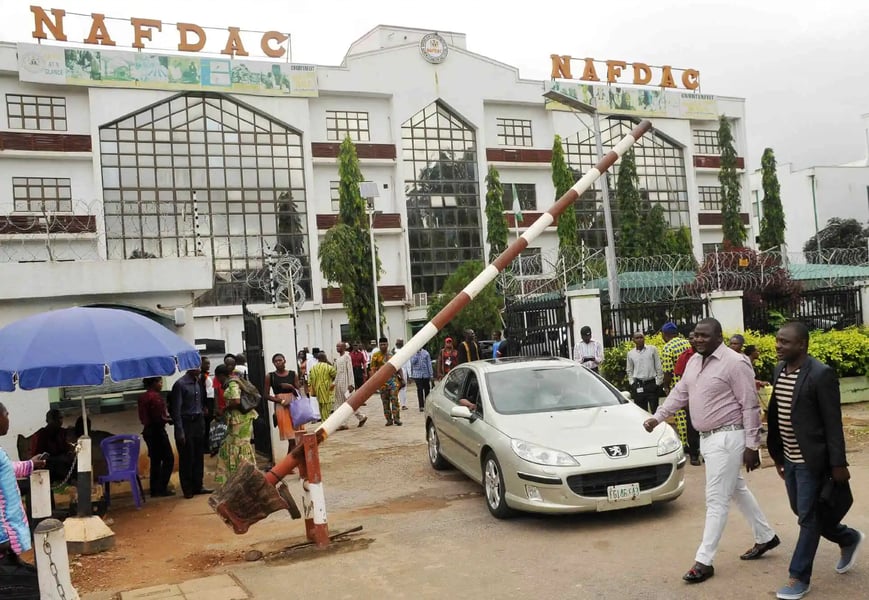 The National Agency for Food and Drug Administration and Control in Nigeria (NAFDAC), has commenced  cracked down on illegal manufacturers and distributors of some herbal preparations laced with high concentration of dangerous tobacco and cannabis.

The Director-General NAFDAC,Mojisola Christianah Adeyeye made this known on Friday during a press briefing on the illicit use of herbal intoxicant popularly called ‘kurkura’ gargle, herbal aphrodisiac, and alcoholic bitters in the country, vowing to bring them to book.

Adeyeye said, "recently the Agency has received series of report on the use of an herbal preparation popularly known as ‘Kurkura’ particularly in the South West and Northern axis of the country. “

“The Agency swung into action and carried out intelligence and enforcement action.

"We have commenced a nationwide crackdown of all illegal manufacturers and distributors of these Herbal Preparations with a view to bringing perpetrators to book and minimize the usage of the substance.

“Findings from various operations carried out revealed a dangerous trend in the use of such substances laced with high concentration of tobacco and sometimes cannabis by our populace cutting across all genders and age groups particularly Artisans, Drivers, okada riders etc.

”Among many others, Kurkura is an illicit product illegally consumed for the sole aim of getting intoxicated. The substance when abused can be harmful to the body organs such as the brain, kidney and liver. The damage to the Kidney and Liver cannot be overemphasised.

“This substance can cause irrational thinking, altered state of mind, which if taken by a driver can lead to Road Traffic Accident with the attendant fatality consequences, or can lead to criminal behaviours such as rape, kidnapping and murder," Adeyeye noted.

“So far one of the illegal factories involved in the production of such unauthorized products has been shut down and the owner arrested.

“Worthy of note is the discovery of the usage of Hyergra 200(Sildenafil Citrate tablet), Amafranil tablets (Clomipramine tablet 25mg) and Cannon Extra (Paracetamol 500mg+Caffeine 30mg) in the production room."