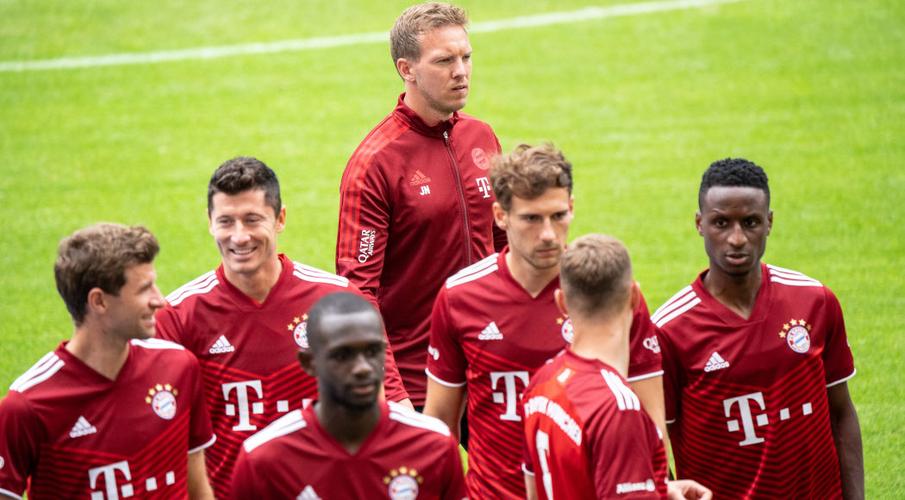 Bayern Munich will be without their German Cup second-round match at Borussia Moenchengladbach this week after failing to recover from COVID-19 in time, he said on Tuesday.

Nagelsmann has missed Bayern's last two games in all competitions after testing positive for the virus last week. But he said he hoped he could be back in time for the Bundesliga match at Union Berlin on Saturday.

"I am doing alright and everything is in order," Nagelsmann told a virtual news conference ahead of the match on Wednesday. "But unfortunately I will not be there for the Gladbach game.

"I remain in-home quarantine and I have the next test on Thursday. I had a test yesterday which unfortunately did not go in a way that I could be in Gladbach," he added. "I hope it will be different on Thursday.

"I would have liked to be nearer but thanks to modern technology a lot is possible. I am happy that it has gone so well so far."

Without Nagelsmann on the bench, the Bavarians crushed Benfica in Lisbon for the Champions League 4-0 last week to remain on track to advance to the last 16 and then fired four more goals past Hoffenheim on Saturday to stay top of the Bundesliga standings.

In both matches, Nagelsmann was replaced on the bench by his assistant Dino Topmoeller.

Nagelsmann may still be absent on Wednesday but the Bavarians have Leon Goretzka and Alphonso Davies back for the Cup game and the coach has every right to be brimming with confidence.

"Everyone is fit and we can draw from a full squad," Nagelsmann said. "It's a full house for us."

Bayern have scored an impressive 13 goals in their last three matches in all competitions while also netting a league record 33 times in their nine Bundesliga matches so far.

"The team is very good and marches forward. It applies a lot of things without having to be constantly told what to do," the coach added.