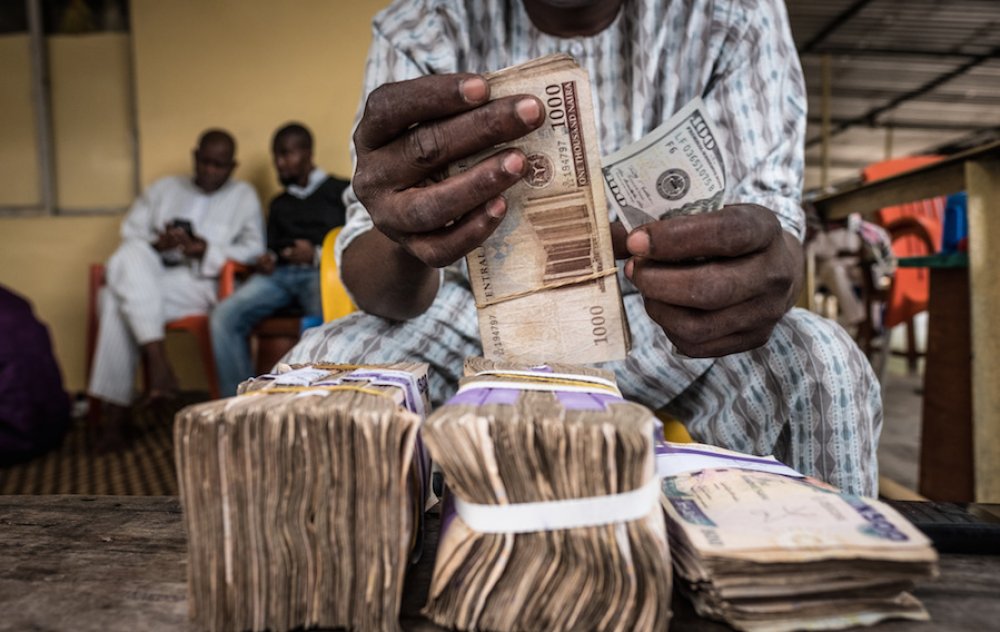 Nigerians who could not access foreign exchange (FX) through the official channels bought the Dollar at the unregulated forex market on Monday at N550/$1.

This represents a 0.92% depreciation and further widens the gap between the black market rate and the official rate.

Naira also depreciated further against the US dollar on Monday at the official market, to close at N412.75/$1 as against the N412/$1 recorded at the close of trade on Friday, 10th September 2021, representing a 0.18% drop.

As the official channels could not meet the huge demands of customers, Nigerians had to source forex from other places, including the streets and because of the discontinuation of FX allocation to Bureaux De Change (BDC) operators by the CBN, traders with FX have resorted to hoarding, causing the local currency to depreciate.

The domestic currency also lost N7 against the Pound Sterling at the unofficial market to quote at N750/£1 compared with the previous rate of N743/£1 but it closed flat against the Euro at N636/€1.

In the same vein, the Nigerian currency depreciated against the greenback at the interbank segment yesterday by 3kobo as it was sold at N410.51/$1 in contrast to the last rate of N410.48/$1.