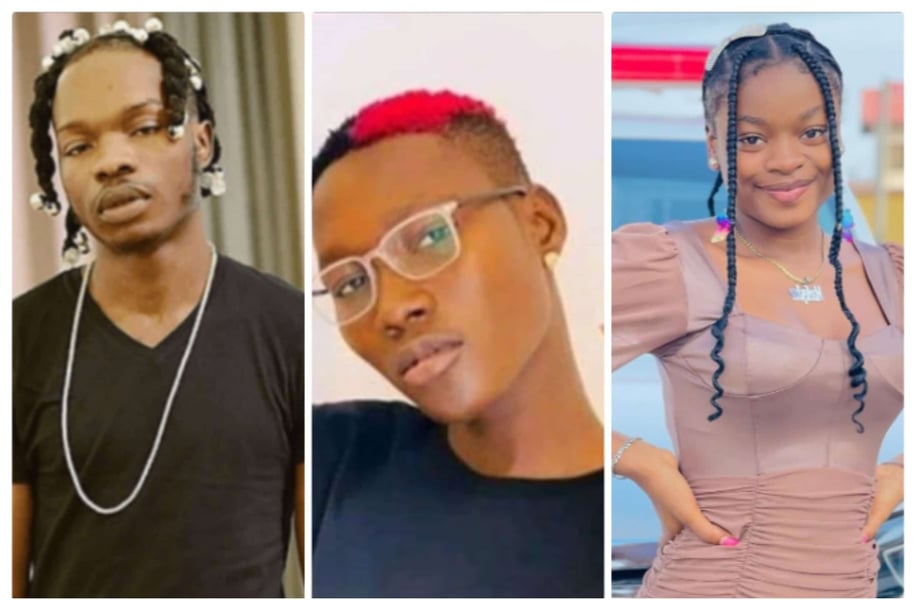 Singer Naira Marley has called for the release of his colleagues Zinoleesky and Shubomi.

In a series of tweets, the president of Marlian Music bemoaned the level of injustice meted out to his artists by operatives of the National Drug Law Enforcement Agency (NDLEA).

He recalled being harassed by officials and seeing his associates treated the same way.

It was previously reported that fast-rising singers Zinoleesky and Mohbad, who are signed to Naira Marley's music label, Marlian Music, were arrested on Thursday night, February 24, by NDLEA operatives.

Naira Marley, who is currently out of the country, has requested that the agency release his colleagues. He confirmed that Mohbad was tortured and had been released.

He revealed that Zino, Shubomi, Mice, and Dosky are still in their care and are under a great deal of stress.

“What is happening to my brothers is disgusting. The injustice is unfair and this is beginning to look like a pattern. First me, now my artists.

“NDLEA have released Mohbad after physically assaulting him. Zinoleesky is still in custody. The boys are under a lot of stress after being ambushed in the middle of the night with no warrant. I’m urgently returning to Lagos now now now", he wrote. 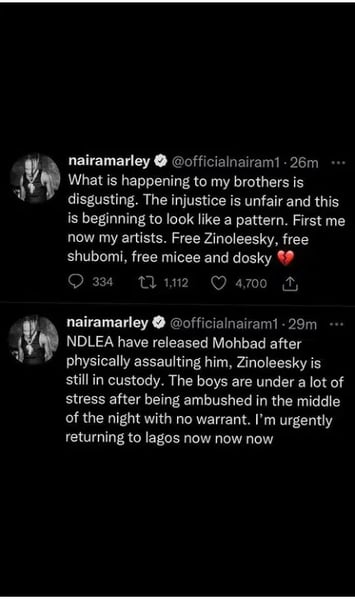