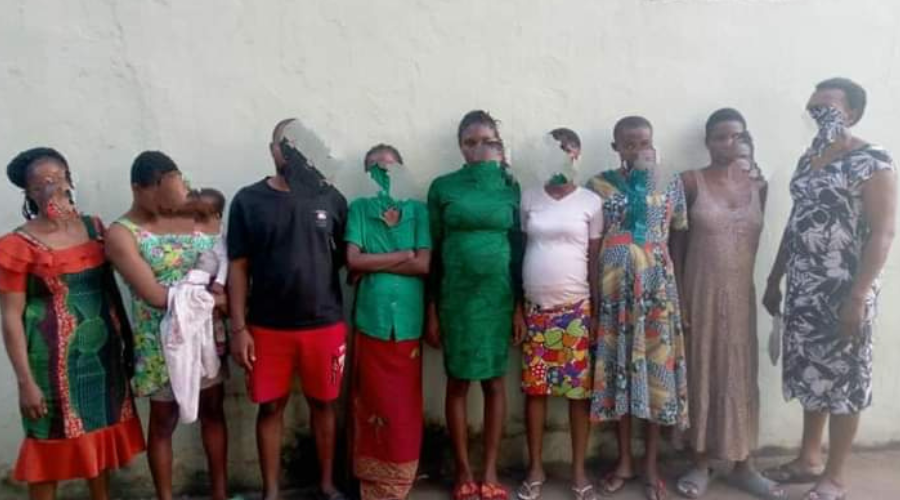 The Nasarawa State Police Command has uncovered a suspected baby factory operating under the guise of an orphanage in Karu Local Government Area (LGA) of the state.

This was made known in a statement by Police Public Relations Officer (PPRO) DSP Ramhan Nansel, on Wednesday in Lafia the state capital.

According to the PPRO, detectives attached to Police Area Command, New Karu uncovered the factory located at Ado Kasa on Thursday.

“The team arrested four suspects in the facility and also rescued six young girls and a baby of about six months.

“The owners of the factory are operating an illegal orphanage, St. Bridget Orphanage Home, where they carry out their illegal acts,” he added.

According to the police, the proprietor of the orphanage allegedly abduct underage pregnant girls and hold them against their will till they deliver.

Nansel claimed that children delivered in the orphanage were sold to the highest bidders.

He said that the command had handed over the suspects and the victims to the National Agency for the Prohibition of Trafficking in Persons, for further investigation and prosecution.

He said the Commissioner of Police, Maiyaki Muhammed-Baba, warned that the command would mobilise resources to go after criminals operating in the state and urged parents to take care of their children.

The commissioner also urged members of the public to avail the police of credible information that would assist in taming criminals in the state.