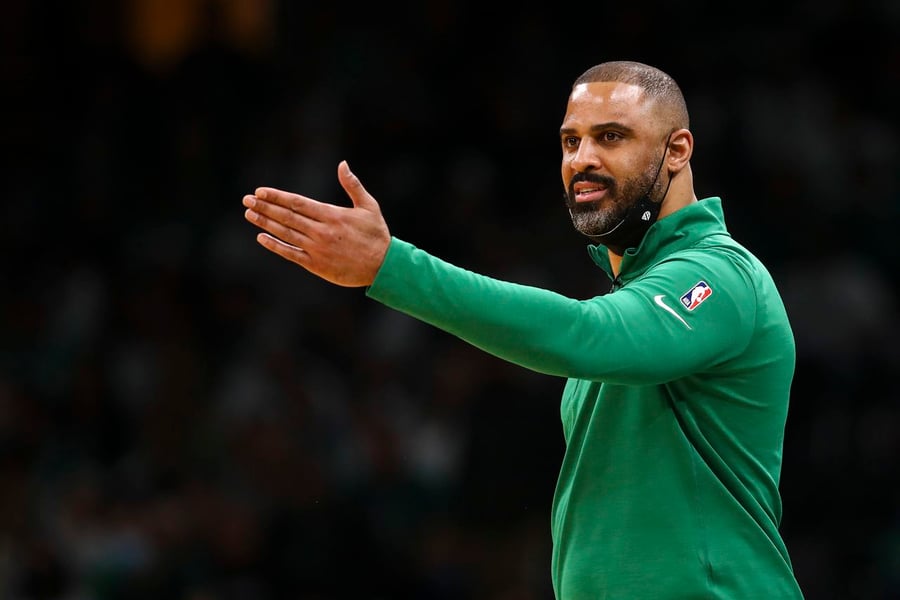 NBA side Boston Celtics have suspended head coach Ime Udoka has apologised to the club's fans, players and his family after he was suspended for the whole of the 2022-23 campaign for having an affair with a female staff of the organisation.

Udoka was suspended for violating team policies and will, therefore, not be allowed to take charge of the team ahead of the new NBA season.

Assistant coach Joe Mazzula has been promoted to become the interim coach of the team.

Udoka, the former D'Tigers star, reportedly had an intimate relationship with a female member of the organisation, which some members of the team found out in July, but at the time, the team's leadership was told the relationship was consensual.

According to reports, The woman recently accused Udoka of making unwanted comments toward her, which led the club's leadership to open an investigation.

He has, however, apologised for the inappropriate behaviour.

"I want to apologise to our players, fans, the entire Celtics organisation, and my family for letting them down," he said in a statement.

"I am sorry for putting the team in this difficult situation, and I accept the team's decision. Out of respect for everyone involved, I will have no further comment."

Udoka is in a long-time relationship with actress Nia Long, and they have a child together.

The 45-year-old led the Celtics to their first NBA finals in 12 years last season before they lost 4-2 to Golden State Warriors.

He also guided the team to 28 wins out of 35 matches in the regular season to book a play-offs place.