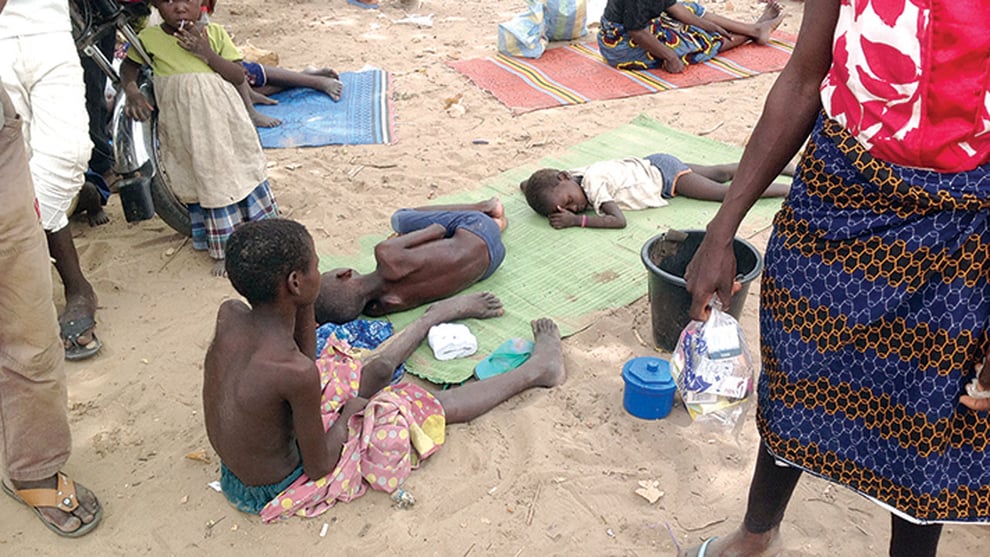 The Nigeria Centre for Disease Control (NCDC), has registered the outbreak of measles in eight states of the federation.

The NCDC via its official website on Friday said that the eight states affected are; Jigawa; Anambra; Katsina; Rivers; Enugu; Delta; Osun and Sokoto, with 908 suspected cases had been reported so far.

Measles is a very contagious infection caused by a virus, and it is common among children. The main symptoms of measles are red-brown blotchy rashes and cold-like symptoms.

Measles is spread through coughs and sneezes and is usually contacted before the symptoms fully develop.

The Public Health Agency also stated that there was an ongoing outbreak of measles in Zamfara, which had not been confirmed due to lack of testing reagents.

It said that 58.7 percent of confirmed cases were those that had not been vaccinated, adding that as of 2021, a total of 15,792 suspected cases were reported across 683 local government areas (LGAs) across the country.

“So far this year, a total of 908 suspected cases have been reported in 29 states and the Federal Capital Territory.

“Thirteen LGAs across eight states have recorded an outbreak of measles in 2022. The states are Jigawa, Katsina, Rivers, Enugu, Anambra, Delta, Osun and Sokoto.

“There is an ongoing outbreak of suspected measles cases in Zamfara, which is awaiting confirmation due to lack of its testing kits in the country.

“Borno, Jigawa, Katsina, Kebbi, Kwara, and Anambra accounted for 55.2 percent of the 908 suspected cases reported so far. Up to 58.7 percent of the confirmed cases have not received a dose of measles vaccine,” it explained.

The NCDC stated that 100 percent of cases recorded in Jigawa, Sokoto, Enugu, and Katsina were not vaccinated.

“Of the 908 suspected cases reported, 88 were laboratory confirmed, 166 clinically compatible, 148 were discarded and 506 are pending classification,” it added.

Between January and August 2021, there were 67,000 cases of measles across the country.

In the previous year, the number of measles cases reached 9,300.

The World Health Organisation (WHO) said in 2018, about 140,000 deaths from measles were recorded worldwide, adding that the majority of the deaths were registered in countries with low income and weak health facilities.