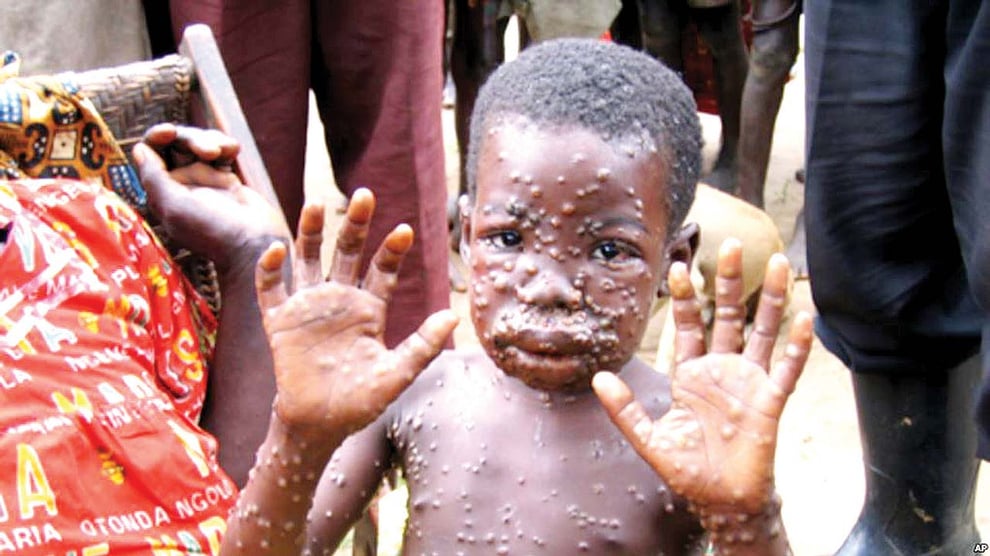 According to the Nigeria Centre for Disease Control (NCDC), there are no specific treatments available for the monkeypox infection.

Dr. Olorunnimbe Mamora, the Minister of State for Health, has said that  the NCDC is doing everything possible to mitigate the spread of the disease.

Monkey pox is a virus transmitted from animals to humans which belongs to the Orthopoxvirus genus in the family Poxviridae.

According to the World Health Organisation, the disease is endemic to West and Central African countries, has surfaced in some European countries.

While the NCDC noted that 15 out of the 46 suspected cases reported had been confirmed, countries such as the United Kingdom, the United States of America, Portugal, Spain, Israel, Lebanon and Canada among others have started to report cases.

The WHO in a statement it released last week noted that the outbreak of the monkeypox disease is being discovered in countries where it is not endemic.

The statement from NCDC reads “There are no specific treatments available for monkeypox infection, although various novel antiviral have in-vitro and animal data supportive effects such as Brincindofocir and Tecovirimat.

According to an interview Mamora had with the Punch, he said the NCDC was doing everything possible to enhance surveillance to mitigate the spread.

“Just like we have the Lassa fever, the monkeypox is endemic to Nigeria but we have our agencies like the NCDC when it comes to response and I can assure you that they are totally on it,” the minister said.

Prof. Marycelin Baba, a virologist at the University of Maiduguri in a separate interview with The PUNCH also corroborated NCDC’s claims, calling for caution.

“Monkeypox is said to be a mutation from smallpox.

"There was no treatment for smallpox during its time.

"The only breakthrough was when the smallpox vaccine was introduced.

"This means that if you were lucky to get vaccinated with the smallpox vaccine during your time, you can be a bit safe.

“Unfortunately, most people were not born during the time the world suffered from the smallpox pandemic.

"Smallpox was eradicated many decades ago.

“One of the problems we have in Nigeria for instance is the absence of sufficient diagnostic kits for viral diseases.

"If you cannot even diagnose, how do you want to treat the problem?

"I am not too sure if we still have smallpox vaccines anymore in the world but as it stands, the only solution right now is a vaccine.

"Without vaccines, I am sorry we are not going to reach anywhere.”