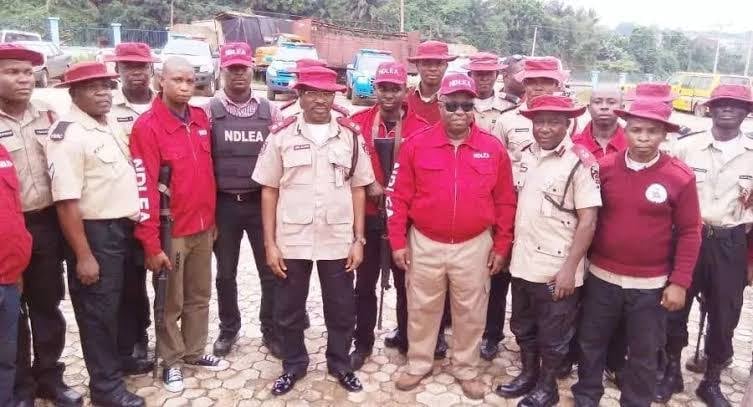 Femi Babafemi, the NDLEA media and advocacy director claimed that 9.953 kilograms of cocaine were intercepted from the suspects.

He stated that Uzoh Johnson was arrested on Wednesday 8th December at the Akanu Ibiam Airport in Enugu. He was arrested with cocaine, worth the weight of 6.7 kilograms.

Another 53-year-old trafficker, Udeh Charley was arrested at the Enugu airport for ingesting 72 wraps of cocaine.

Also, a 225-year-old Ghanaian, named John Katja from Kumasi was arrested on Friday, December 3rd. He was arrested with 2 kilograms of Methamphetamine at the Abuja airport.

In another report, a 43-year-old man named Onuoha Friday was arrested with one million capsules of Tramadol along the Lagos-Benin expressway.