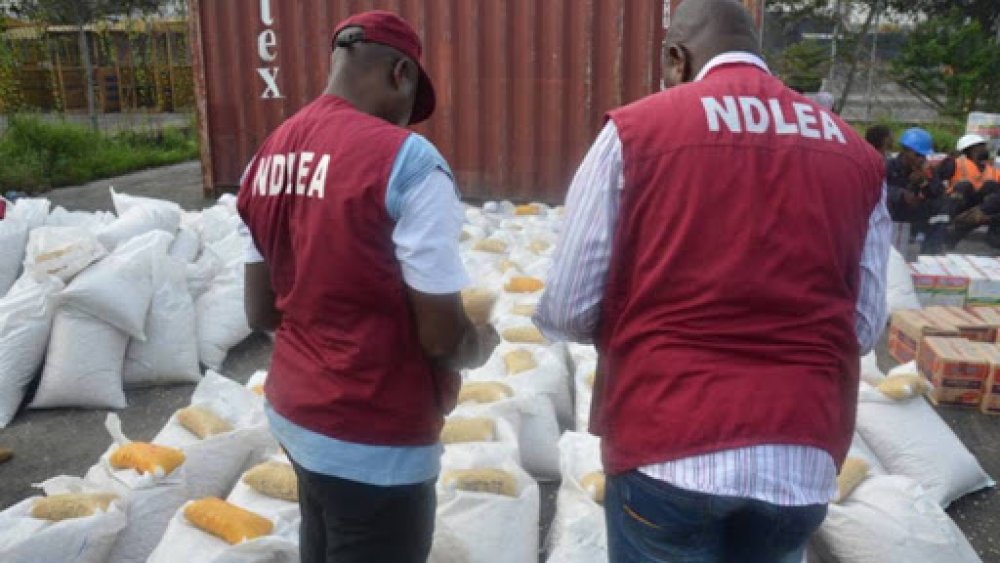 A Nigerian, Okey Eze, who claims to be a tiler by profession has been arrested by operatives of the National Drug Law Enforcement Agency, NDLEA, at the Nnamdi Azikiwe International Airport, Abuja with 350 wraps of cocaine worth over N2.3billion in street value.

The 38-year-old Eze, from Orji River, in the Oji-River Local Government area of Enugu State, was arrested on Wednesday 22nd September 2021 during an inward clearance of passengers on Ethiopian airline flight number 911 enroute Bamako-Addis Ababa- Abuja.

The illicit drug weighing 7.70 kilograms was concealed in eight packs tucked in different parts of his luggage.

In his confession, Eze, a resident of Bamako, Mali, said he traveled to Mali through the Seme border in Badagry, Lagos state in 2019. He further claimed that he came into Nigeria with the drug because he needed to raise money to take care of his late elder brothers’ four children. 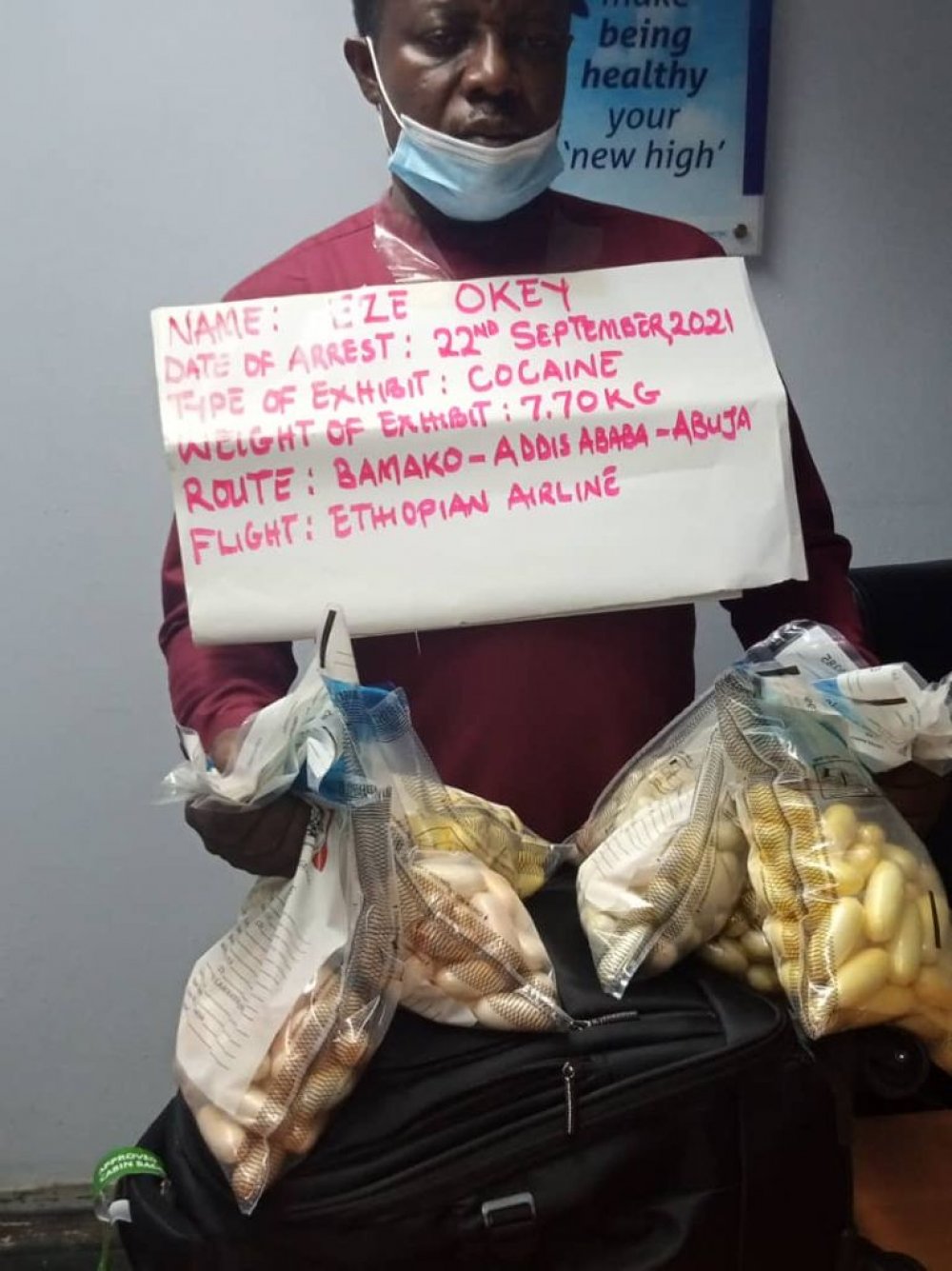 The suspect also claimed he asked his friend who is resident in Brazil to assist him with some money but he declined and instead told him to pick up a bag with the drugs from a friend of his in Addis Ababa, Ethiopia for a fee of N500,000 on successful delivery to someone whose contact would be sent to him on arrival in Nigeria.

He also said the bag containing the drugs was given to him on Wednesday morning at Addis Ababa airport.

Chairman/ Chief Executive of the NDLEA, Brig. Gen. Mohamed Buba Marwa (Retd) has commended the Commander, officers and men of the NAIA command for their vigilance. He said the new NDLEA under his leadership would continue to deal decisive blows on the various cartels trying to turn Nigeria into a hub of illicit drugs.