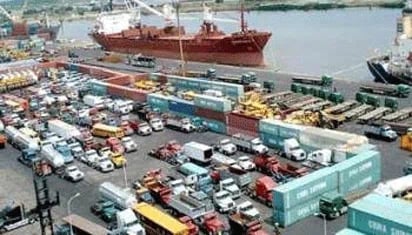 In its effort to consolidate on gains against illicit drug trafficking and consumption, the National Drug Law Enforcement Agency (NDLEA) Apapa Port Special Area Command, has officially launched the Agency’s War Against Drug Abuse, (WADA) to create awareness and send a strong warning to recalcitrant drug barons and their foot soldiers.

The agency, led by Major Gen. Buba Marwa (Rtd), has added another milestone to his achievements.

As a measure to reduce cocaine and other illicit drug trafficking activities that have become a menace, the agency decided to replicate similar programs that it has in the international and local airports.

Since the agency became managed by Major Gen. Buba Marwa (Rtd), the agency has drastically cut down on illicit drug consumption and transportation in Nigeria.

As a key strategy to consolidate its gains and save the country billions of dollars in illicit trade caused by this decision, the agency has decided to launch the WADA project in the Apapa port, Lagos.

According to a vanguard correspondent, the Command Assistant Comptroller General, Narcotics, Samuel Gadzama Bashir, who carried out the launch during the decoration of 54 officers of the newly promoted command at the NPA Multipurpose Centre, Apapa Ports Complex, Lagos, charged the officers to redouble their efforts in the fight against drug trafficking and abuse.

The Apapa Port narcotics chief also used the opportunity to induct and decorate chiefs of sister security agencies operating at the port and individuals as WADA Ambassadors, including the Apapa Customs Area Controller, Comptroller Ibrahim Malanta Yusuf, Commander of the Nigerian Army Corps of Supply and Transport, Brigadier General W.L Nzidee, the Ojora of Ijora and Port Manager, Lagos Port Complex, Mrs. Fumilayo Olotu, amongst others.

"WADA was launched in the realization that the war against drugs cannot be completely won by guns or enforcement alone, noting it is a war of the heart and attitudinal change by the generality of Nigerians." Samuel Gadzama Bashir said.

While congratulating the newly promoted officers, he urged them to see their new rank as a call to duty to higher responsibilities in the fight against drug trafficking and drug abuse.

In his goodwill message, Apapa Customs boss, Malanta Yusuf, charged the newly decorated officers to have a positive attitude in their work culture and to see their new ranks as a call for greater commitment to duty.

He assured them that their welfare would be a top priority in the discharge of their duties.

The Western Naval Commander and his counterpart in the Nigerian Army Corps of Supply and Transport urged the newly promoted narcotics officers to put in more effort to justify the trust placed in them.