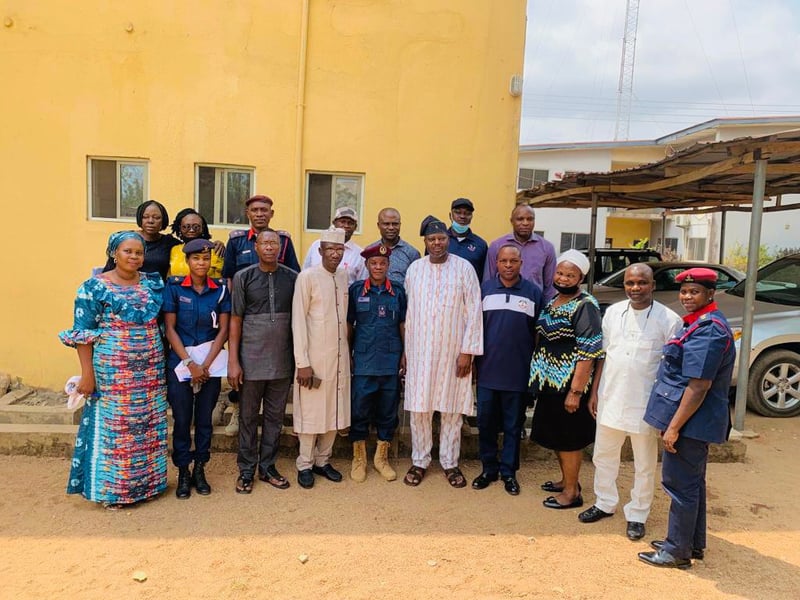 The need for a renewed synergy between the National Drug Law Enforcement Agency (NDLEA) and the Nigerian Security and Civil Defence Corps (NSCDC) in order to rid Osun State of illicit drugs have been emphasized.

The need for a synergy according to both agencies has become imperative based on the motion and resolution of the House of Representatives on November 25, 2021, which hinged on the danger of the widespread Methamphetamine Epidemic and the effect of Crystal Meth on the Nigerian youths.

The House of Representatives also instructed the NDLEA to seek collaborations with all security agencies in the country to raid and destroy the local plants of clandestine methamphetamine laboratories where such harmful drugs were manufactured.

Stressing on the importance of the synergy, the Osun NDLEA Commander, Yomade Ogunbiyi while welcoming his counterpart from the Osun NSCDC, Emmanuel Ocheja called for a robust synergy between the agency and the corps.

Shedding more light on the nature and operations of the clandestine drug laboratories which the House of Representatives called for its destruction, Ogunbiyi revealed that the product is not common in Nigeria but is illegally imported into the country by unscrupulous elements and their foreign collaborators.

Ogunbiyi who stressed that if the product is sighted in Nigeria, it could only be found in some urban areas of the country hinted that clandestine laboratories are mostly funded and operated by successful businessmen, as it is expensive and addictive in nature.

He added that those involved in taking the drug find it difficult to stop and in order to continue, some go as far as selling their properties until they become financially broke.

Responding, the Osun NSCDC Commandant, represented by the Head of Crisis Management Department, Deputy Commandant of Corps Sanusi Hussein assured the Osun NDLEA boss of the Command's readiness to jointly operate with the agency in order to raid and destroy the local plants and other illicit drugs manufacturing laboratories.

Ocheja who stressed that the possibility of clandestine laboratories should not be ruled out revealed that there is an influx of foreigners into the state.

He reiterated the command's readiness to always give proactive intelligence that could lead to the raid and destruction of the local plants as instructed by the House of Representatives.