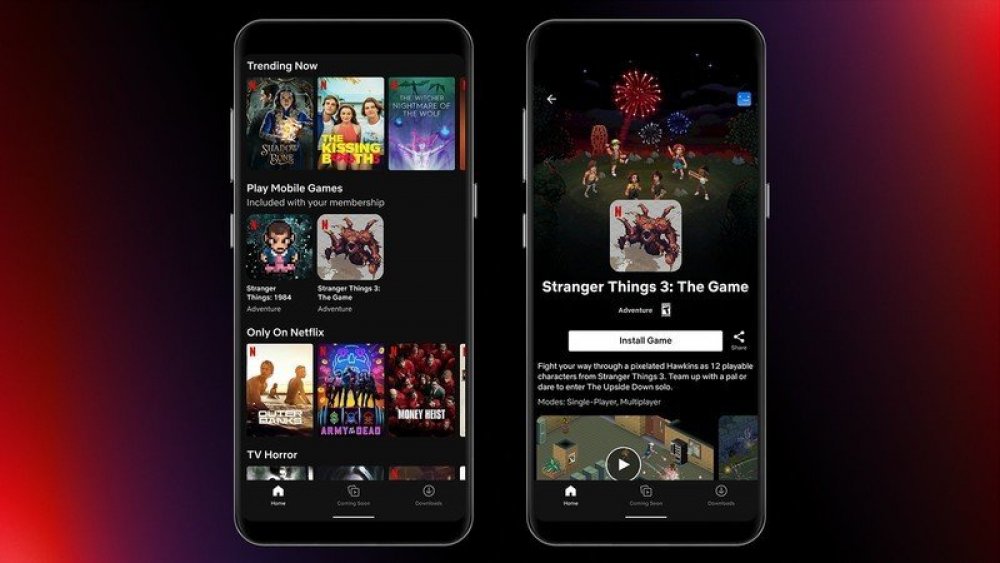 Netflix revealed on Thursday that its next step into gaming is by allowing subscribers in Poland on Android to play two Stranger Things games inside the Netflix app,

A Netflix spokesperson said in a statement that “Starting today, members in Poland can try Netflix mobile gaming on Android with two games — Stranger Things 1984 and Stranger Things 3 — all as part of their membership,”

“It’s still very, very early days and we will be working hard to deliver the best possible experience in the months ahead with our no ads, no in-app purchases approach to gaming.”

Netflix spokesperson clarified that users won't be able to download the games from the Play Store by searching for them directly. To play the game, a user has to tap the Install Now button, they'll be taken to the Google Play Store and they can download the game to their device.

This isn’t the first time Netflix has experimented with games. The streaming service offers interactive titles like Black Mirror: Bandersnatch, Minecraft: Story Mode, and Carmen Sandiego: To Steal or Not to Steal. And the company had several Stranger Things projects in the works with Telltale, the makers of the hit The Walking Dead games before the studio collapsed.