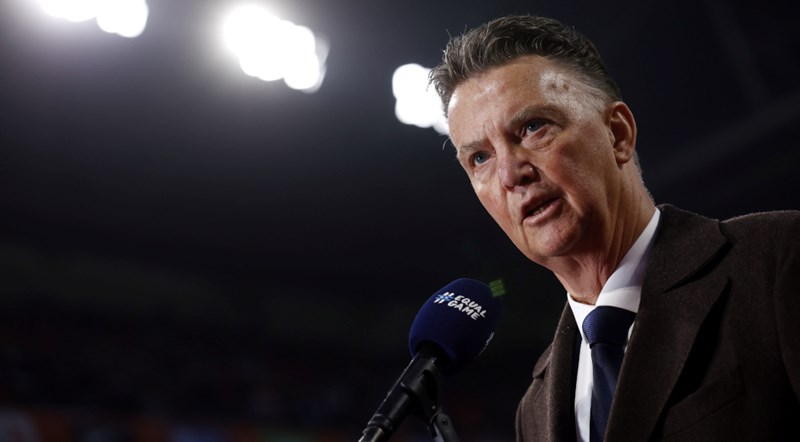 Netherlands coach Louis van Gaal on Sunday revealed he has been diagnosed with prostate cancer, but he still plans to lead his team at the World Cup in Qatar in seven months' time.

The players "don't know it", the 70-year-old told RTL television, adding that he has already undergone 25 bouts of radiotherapy, including in the evening during training camps with the Dutch team.

The players "think I'm in good health but I'm not", said Van Gaal, who began treatment last year after his diagnosis in 2020.

"It's part of my life," he added, in an interview marking the upcoming release of a film about his life, entitled LOUIS.

"I've been through so much in my life, sickness and death, I've probably become richer as a person because of all those experiences."

Van Gaal, in his third term as head coach of the Dutch national side, sparked controversy last month when he described the decision to hold the World Cup in Qatar "ridiculous", accusing Fifa of having been motivated solely by "money and commercial interests".

Last week, it was announced that Van Gaal had tested positive for Covid.

In 2021, the former Barcelona and Manchester United boss broke his hip when he fell off his bike.

The Netherlands were placed in group A with hosts Qatar, Ecuador and Senegal in Friday's draw for the 2022 World Cup in Doha.

Van Gaal's former club Manchester United, who he coached from 2014-2016, were among those wishing the veteran a speedy recovery.

"Everybody at Manchester United is fully behind our former manager, Louis van Gaal, in his battle against cancer. Sending you strength and courage, Louis," the English giants tweeted.