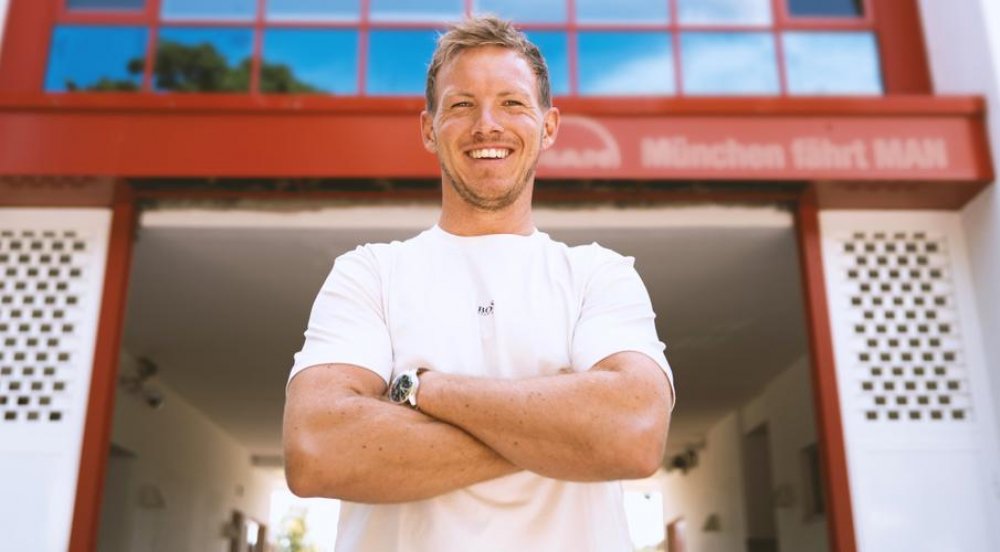 Nagelsmann confirmed that Germany goalkeeper Neuer, who at 35 is a year older, will be his captain having done an "outstanding" job since Philipp Lahm retired as Bayern skipper in 2017.

At his first press conference as Bayern coach Wednesday, Nagelsmann backed Sane to bounce back from criticism after poor displays for Germany at the Euro 2020 finals.

"Of course, I get the discussions. We would do well to leave him alone in the media," said Nagelsmann.

The 25-year-old Sane has yet to impress at Bayern, a year after a high-profile transfer from Manchester City.

However, Nagelsmann is "sure we'll see a stronger Leroy Sane, who will have a big impact on success at FC Bayern."

Nagelsmann hails from Landsberg am Lech near Munich and slept under an FC Bayern duvet as a child.

"Bayern are the biggest club in Germany. It was always a dream to be a coach here," he admitted.

He knows he is expected to maintain the club's phenomenal success and bring a 10th straight Bundesliga title to Munich in his first season.

Nagelsmann must also reorganise the defense with French center-back Dayot Upamecano having also joined from Leipzig while defenders David Alaba and Jerome Boateng have left Bayern after their contracts expired.

"It's completely normal for players to come and others to leave the club," said Nagelsmann.

"I've known 'Upa' for a long time, I know what his strengths are and what he still had to work on.

"We are also well-stocked with players like (Benjamin) Pavard, (Lucas) Hernandez or (Niklas) Suele."

Following friendlies against Cologne, Ajax, Moenchengladbach, and Napoli at the end of July, Nagelsmann's first competitive game is a German Cup match against fifth-tier side Bremer SV on August 8.

Bayern are then away to Moenchengladbach when the Bundesliga season starts on August 13.