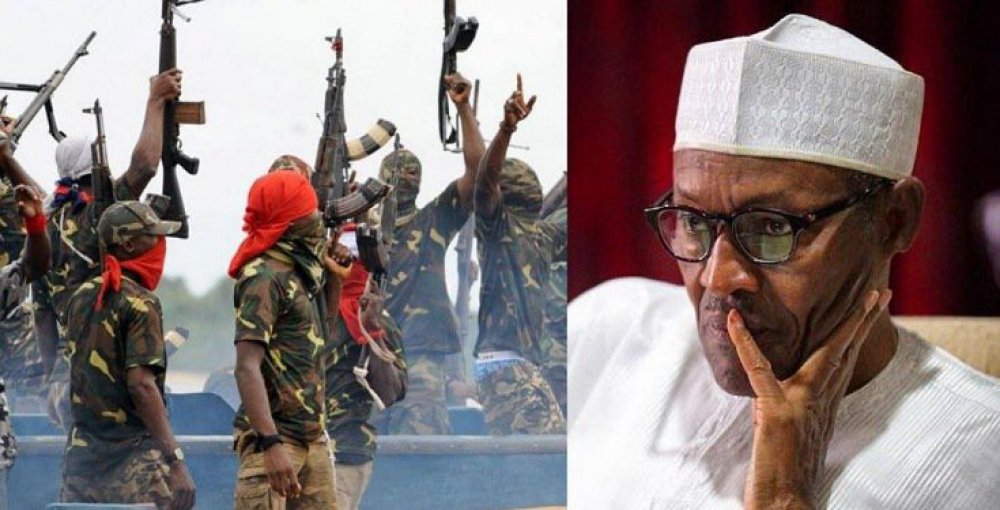 In an electronic mail on Friday, November 27 by General Officer Commanding, GOC, self-styled “General” River Lord, aka Adaka Bor, according to Vanguard, CEND listed the demands to “include the relocation of the headquarters of all oil and gas companies operating in the Niger Delta; Federal Government should pay 13 percent derivation directly to oil and gas producing communities; demilitarization of the entire Niger Delta and fiscal and true federalism.”

“Other demands are the repositioning of the Niger Delta Development Commission, NDDC, and the Presidential Amnesty Programme, PAP, in line with its core mandate and community participation.”

AllNews understands that CEND’s demands correspond with all the seven-point demands of South-South governors and leaders, Tuesday, in Port-Harcourt, Rivers State, except their call on the federal government to pay 13 percent derivation directly to oil and gas producing communities.

READ ALSO: FG Creates New Portal For N-Power Beneficiaries, Set Criteria For Batch A And B

The group continued: “The new coalition of 36 militant groups, Continuous Emancipation for the Niger Delta CEND has made bold it threat to carry out destructive attacks on oil and gas facilities across the Niger Delta region, as the group has once again claimed responsibility for the bombing of gas and crude oil pipelines in Ikarama community in Yenagoa Council Area of Bayelsa state.

“The pipelines which were completely destroyed by the attacks is operated by Shell Petroleum Development Company, SPDC and the Nigerian Agip Oil Company NOAC in Ikarama community, Bayelsa State.

“We are prepared to carry out our threats to the letter without any iota of fear as we have the capacity to bring the oil and gas facilities in the Niger Delta to rubbles if our demands are not meant.

“The same fate that befell crude oil pipelines in Golubokiri in Nembe and Ikarama in Yenagoa local government areas of Bayelsa state within the last two weeks will be the story everywhere oil and gas installations are located.

“Attacks will be carried out with utmost precision and intelligence that cannot be comprehended by the forces of evil against the development of the abandoned region,” the militants added.

“In the coming days, there will be series of attacks on major oil and gas installations in the Niger Delta simultaneously because they are well prepared to push the pawn to the other side of the board without fear and harassment from security agencies and the federal government.

“We want to warn all foreign nationals that this is the time to leave the Niger Delta region, as the attacks which will be total in the coming days, will not spare them. All foreign embassies should as a matter of urgency evacuate their citizens”.

“All our field commanders have been briefed not to show mercy on any oil and gas installations no matter its location until the federal government meets our demands which are critical to the emancipation of the long-neglected region,” the group said.

CEND stressed that: “If we do not act now, our children will ask us questions that we will not have answers to, our communities will go into extinction because of underdevelopment, environmental degradation, and pollution”.

“The struggle will not end until we see genuine efforts to develop the region, imagine the East-West road that connects the six states of the Niger Delta is in a deplorable state even worse than a death trap and if crude oil was being transported by road, probably our roads would have been better.”

“The federal government and international oil companies are only bothered about how to lift crude oil without any present or future plan to develop the region. The blood of Isaac Adaka Boro and Ken Saro Wiwa will not be in vain,” it concluded.