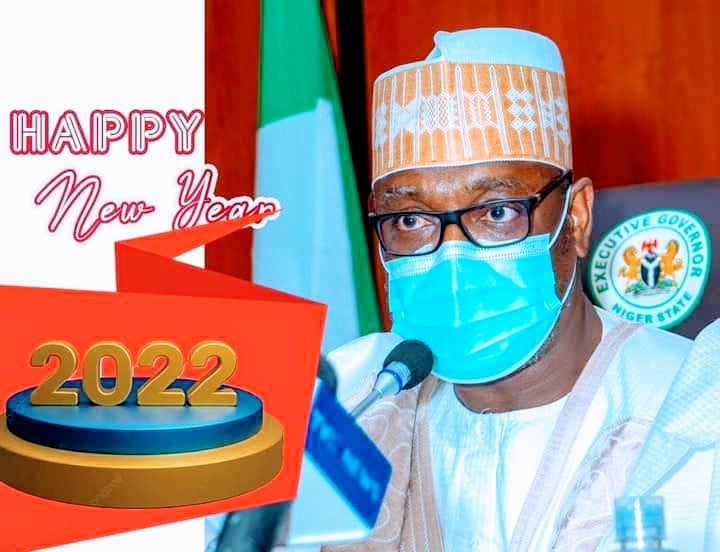 Niger State Governor, Abubakar Sani Bello in celebration of the beginning of the year 2022 has called on residents to continue to have hope and trust in the ability of his administration to work for the progress, growth and development of the state.

The Governor, who made the call in his 2022 New Year message said the state government will work the towards successful actualization of its programmes and policies as captured in the 2022 budget.

He urged the citizens to show optimism and be encouraged by the fact that the APC-led administration in the state will not relent in sustaining the ongoing Infrastructural revolution aimed at improving the general well-being of the people.

The Governor dwelt on the state government's fight against insecurity and also warned on the resurging Covid-19 pandemic and renewed its call for the strict observance of all precautionary measures as outlined by the National Center for Disease Control (NCDC) and other agencies.

He said the security of the state will remain the administration's major focus in order to stop banditry and other criminal tendencies towards sustaining relatively peaceful and harmonious coexistence in the state.

While felicitating with the citizens on the New Year, the Governor saluted the gallantry of the Military and all security agencies involved in the fight against insecurity and appealed to the people to play their individual and or collective roles to ensure success in the battle against evil.

Governor Sani Bello thanked Nigerlites for their support for the administration, while assuring that with more support and cooperation, the state government will focus on realizing its goal of transforming the state.

"As we celebrate the New Year, we must put the interest of the state over and above other considerations and work towards attaining our collective aspirations," he stated.