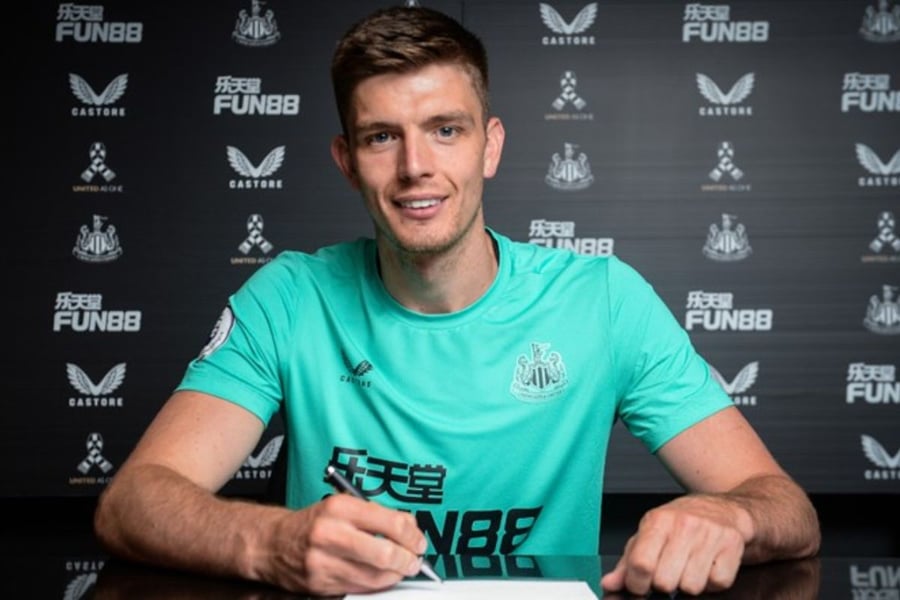 Newcastle United have able to poach goalie Nick Pope from relegated Burnley in a deal worth a reported £10 million on Thursday.

Pope 30, agreed to a four-year contract with Eddie Howe's side after passing a medical on Tyneside.

? A message from our new signing!

Pope who has eight England caps, established himself as one of his country's top keepers during 141 league appearances for the Clarets.

Newcastle moved for Pope after Burnley were relegated to the Championship last season.

"The deal has taken a couple of weeks to come to fruition, but it got over the line really quickly and I'm delighted to be here and I'm really looking forward to getting stuck into it."

He kept nine Premier League clean sheets last season but could not prevent Burnley from slipping out of the top flight.

Pope's swift return to the Premier League improves his chances of making Gareth Southgate's England squad for the World Cup in Qatar in November.

"Nick is an exceptional Premier League and international level goalkeeper, so I'm very pleased to be adding strong competition to a very important position," Howe said.

"There has been a lot of interest in him from other clubs this summer, so I'd like to thank our owners and everyone behind the scenes for getting us ahead of the competition."