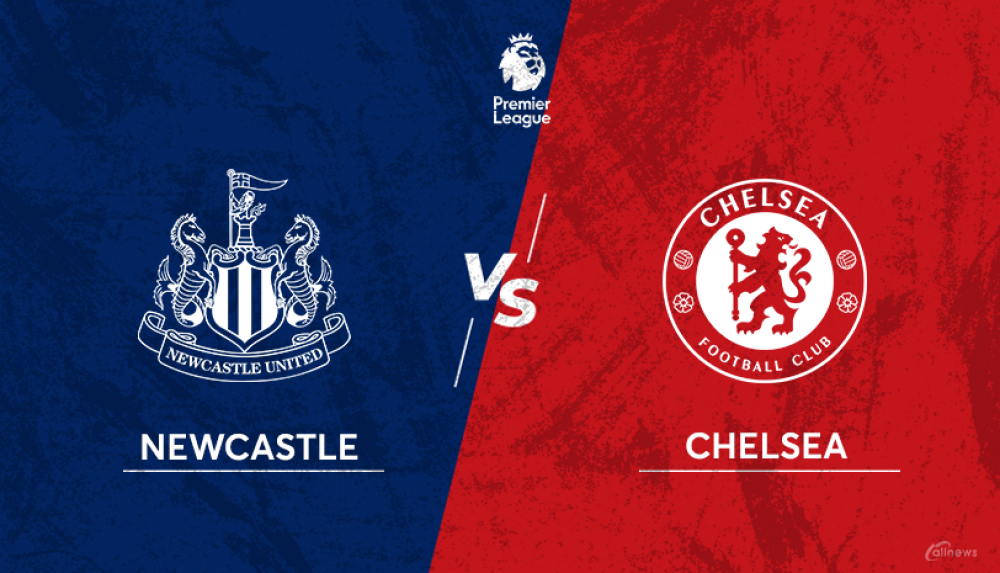 Chelsea will travel to St James Park to face Newcastle for the matchday 9 of the EPL season with injuries, COVID-19 infection, and fatigue from the International duty for players.

AllNews understands that Chelsea will be without James Recce, Ben Chilwell, Kai Havertz, Timo Werner (doubtful), Pulisic, Gilmour for the trip to Newcastle.

Newcastle also will be without Shelvey, Ritchie, Atsu, and Gayle for the match against Chelsea.

The Blues has been the better side at least psychologically winning 3 of their last 5 meetings losing 2 to Newcastle with no draw.

Chelsea will want to win the fixture with the next obstacle being a London derby between Chelsea and Tottenham in order to drop consecutive points, a win will be better at the Saint James Park.

Newcastle United spent quite much in the summer securing the services of Callum Wilson and some other names to the club, losing is not also an option with such investment in the summer.

Newcastle will be beaming over the return of Ritchie to training ahead of the clash with Chelsea as the Scottish midfielder is pivotal to the Magpie's play in the middle of the park.

Newcastle Coach, Steve Bruce would look to stun Chelsea despite the injuries to his side as see to climb the table up to 9th or 8th which though early in the season but could mean the difference at the end of the season as far as relegation is concerned.

Except for the emphatic 1-4 loss to Man Utd and 0-3 loss to Brighton, Newcastle has been rather strong at home including the second defeat to Everton in the season.

So far they have played 3 penalties, an average of 8 shots per match with 2.5 of it on target.

There are little stats can say but the fixture offers some thriller as they seek to secure all or at least some points from the clash.

Lots of players from the Blues first team were on International calls leading to injury - Pulisic, Ben Chilwell some contacted COVID-19 - Havertz while others do not just fit the new system at the club yet - Giroud.

Frank Lampard will have to choose who will play on the left and right back with Recce and Chilwell availability in the balance,

It is likely he will bring the Alonso-Azilipcueta combination back to the full-back position for the match which could spell doom with the pair's lack of game time.

If Timo Werner is available for selection, then the Blues will be sure to score at least a goal with German hitting the ground running in the EPL winning the Goal of the month award.

Jorginho has been dropped as the club spot-kick taker with the mantle falling on Timo Werner but the Italian midfield still converted the chance for his country during the International break.

Jorginho from the spot! ??? pic.twitter.com/co40xZ95ps

Though the opportunity will see Werner's goal increase with more penalties awarded with the new handball rule, he could be dropped too if he is to lose consecutive penalties.

After an early Italy goal was disallowed for offside, Jorginho had the chance to put them ahead from the penalty spot when Andrea Belotti was pulled down in the box at a corner.

The Chelsea midfielder was back to his old self from 12 yards, finishing his run-up with the usual skip as he sent Wojciech Szczesny the wrong way and calmly rolled the ball into the net.

There has been an upturn in Chelsea's form, performances and results has been instigated by a coming-together of the attacking components of the team.

The Blues are currently the Premier League’s top scorers with 20 goals and have found an encouraging blend in recent matches, with Hakim Ziyech operating menacingly from the right, Timo Werner ever-threatening on the opposite flank, and Tammy Abraham honing himself into a prime reference point center-forward.

The new signings have also been instrumental in adding new avenues of attack to the club's offensive game, with Ben Chilwell providing balance on the left and Ziyech’s wand of a left foot dissecting opposition defenses in recent games.

Ziyech and Ben have eight-goal contributions between them in the Premier League (three goals, five assists), bettered only by Werner (5), who has played quite a lot more minutes. 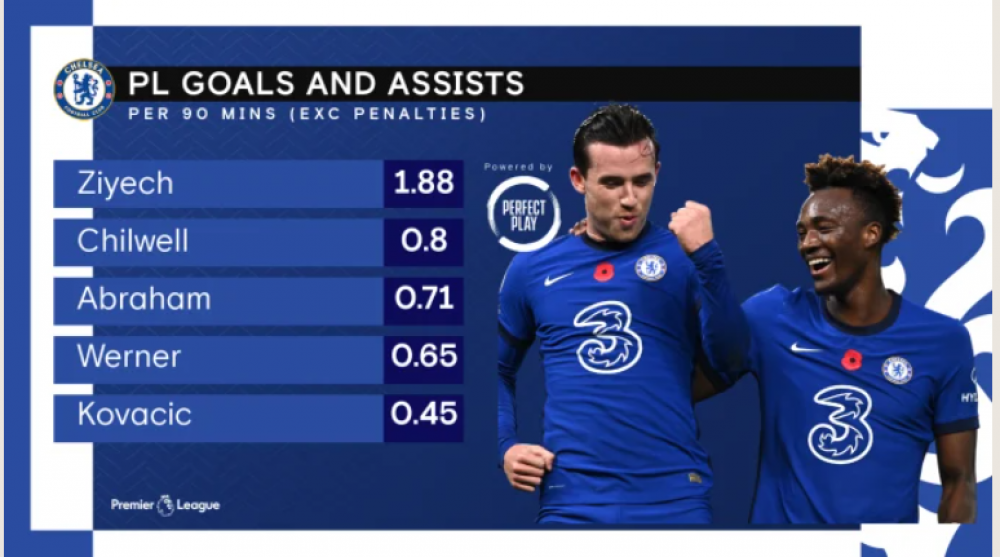 Abraham’s role in the team has also taken on greater prominence in the recent matches, with Lampard recently praising his all-round game in terms of linking play and stretching defenses.

The 23-year-old has two goals in his last two appearances and ranks highly for goals and assists per 90 minutes this season.

Less than a quarter of the way through the season, only two players (N'Golo Kante and Werner) have featured in all eight games, providing a further indication that rotation could be the recipe for success this term.

No team in the Premier League switches the play more than Chelsea, on average 21.3 times a game.

Chilwell has helped by adding balance on the left, while Mount in a deeper position has been able to spray the ball much more freely, as has Thiago Silva when stepping forward from the central defense.

It means Lampard’s men have been able to shift opponents around the pitch more and disrupt the compact shape they seek to sit in at Stamford Bridge.

With the full-backs providing the overlapping width, wide forwards can drift more centrally, finding pockets of space in between defenders and the lines of midfield and defense.

Even though Chelsea's possession is actually down last season, what Lampard is doing with it is making all the difference and bodes well for the busy weeks ahead.