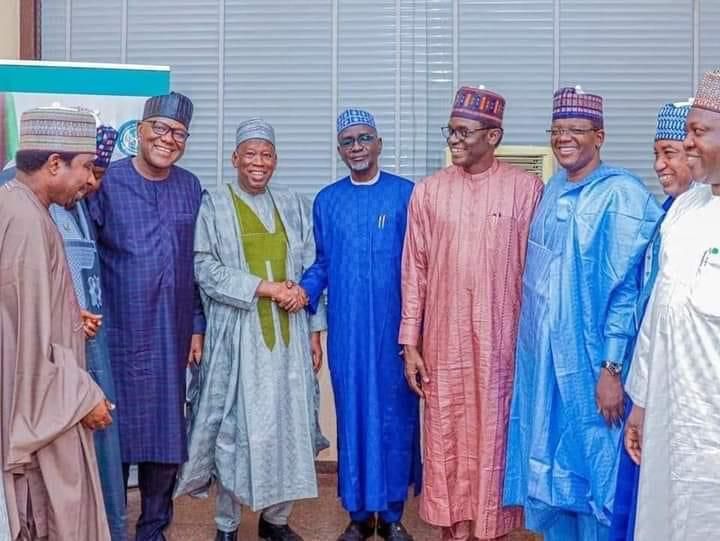 The leadership of the All Progressives Congress (APC) will, on Monday, unveil the template for sharing party positions between factions led by Governor Abdullahi Ganduje and the Senator representing Kano Central, Ibrahim Shekarau.

Senator Ibrahim Shekarau disclosed this in a voice note sent to newsmen on Sunday in Kano, adding that this -- being an outcome from Saturday night meeting brokered by Acting APC Chairman, Governor Mai Mala Buni and Yobe State Governor -- is a sign that there could be a truce.

Also in attendance were Ganduje, Shekarau and his ally Senator Barau Jibrin (Kano North), as well as Senator Kabiru Gaya, who is in the governor’s camp.

The meeting was organised by the APC Caretaker and Extraordinary National Convention Planning Committee led by its chairman, Governor Mai Mala Buni; Governor of Zamfara State, Bello Matawalle; and former Speaker of the House of Representatives, Yakubu Dogara.

“A high powered committee from the secretariat to be constituted and dispatched to Kano to ensure strict compliance and implementation of the template to be given on Monday,” Sule added.

Corroborating Sule’s position, Kano state commissioner of information, Muhammad Garba, said the party recognizes the importance of peace in its Kano chapter and all the camps have agreed to allow peace to reign.

Shekarau warned supporters against refusing to have a truce, adding that Islam supports peace.

With a legal battle already in place,it is unclear how the sharing formula would pacify both camps.