Neymar, Eight Others Arrive In Court Over Fraud Case 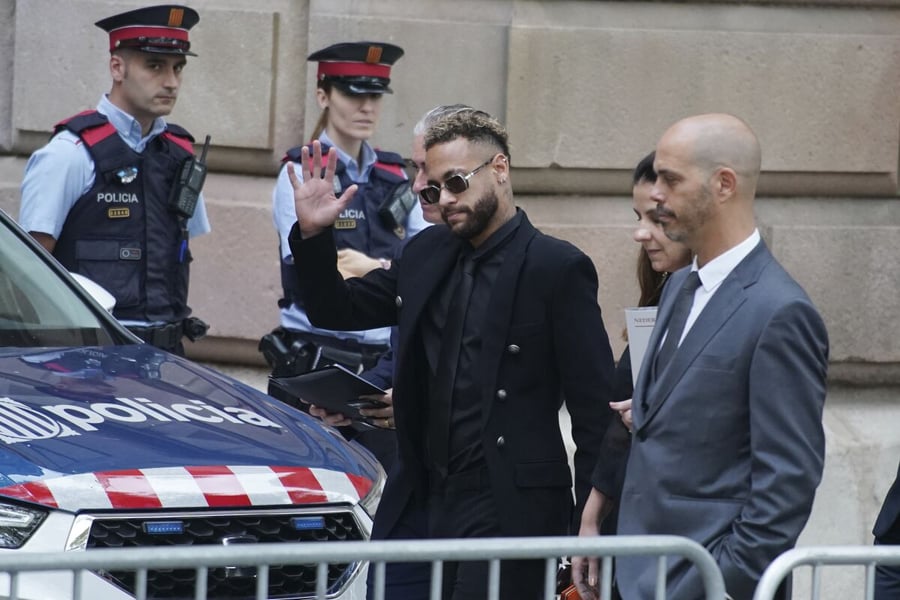 Neymar Arrives In Court At Barcelona

Paris Saint-Germain forward Neymar Jr and eight others arrived in court on Monday charged with fraud and corruption over the player's transfer to Barcelona from Santos in 2013.

Neymar arrived at the court after landing on a flight from Paris where he lives. He took the time to sign an autograph for a fan at the city's airport.

The case centres on the claim made by Brazilian investment firm DIS, which owned 40 per cent of the rights to Neymar when he was at Santos, that it lost out on its rightful cut from the player's transfer because the value of the deal was understated.

DIS has demanded a much heavier five-year jail term for Neymar, fines worth €149 million in total, and for the player to be disqualified from playing for the length of any sentence handed down by the judge.

Along with Neymar, 30, the defendants include his parents, representatives of the two clubs, former Barca presidents Josep Maria Bartomeu and Rosell, and former Santos president Odilio Rodrigues.

Dressed in black, Neymar and his father talked and laughed with former Barcelona president Rosell in a hall in front of where the trial started shortly after 10 am.

"Neymar, with the connivance of his parents and the boards of directors of Barcelona and Santos, betrayed the trust of my clients," DIS lawyer Paulo Nasser told a news conference in Barcelona on Thursday.

"The real cost of the transaction (between Santos and Barcelona) was 82 million euros, and only 17 million appeared as the official transfer," Nasser said.