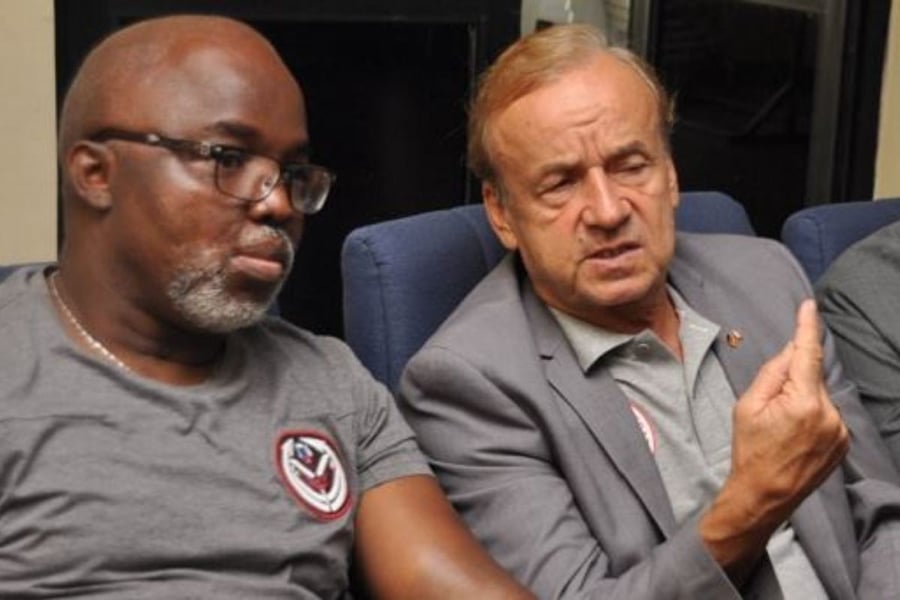 Nigeria Football Federation (NFF) President, Amaju Pinnick said on Monday following a notification from FIFA to pay former coach Gernot Rohr N156,819,975 compensation, that the body can not pay the German tactician, and might appeal the ruling at Court of Arbitration for Sport (CAS)

Rohr was dismissed by NFF barely a month before the start of the Africa Cup of Nations (AFCON) 2021.

There was an agreement with Rohr who was Super Eagles longest-serving coach that his salary will be paid till December 2022 when his contract will expires.

The former Bordeaux manager took the case to FIFA with a request for an additional £1m for breach of contract “without just cause.”

The 68-year-old had sought a total of £1m, but was granted $377,879.46 after a FIFA tribunal decided his claim was “partially accepted insofar as it is admissible.”

The ruling by the FIFA players’ status chamber added that the NFF would be sanctioned if Rohr was not paid in full within 45 days.

“If full payment (including all applicable interest) is not made within 45 days of notification of this decision, the respondent (the NFF) shall be imposed a restriction on receiving a percentage of development funding, up until the due amounts are paid,” said the FIFA decision.

A reaction by Pinnick about Rohr's claims was that he was paid some money before the termination of his contract according to PUNCH Sports Extra.

He said, "That's not the true position".

He continued, “FIFA declined most of his (Rohr’s) requests and said we should pay him $377,879.46 because we paid him six months in lieu.

“We are still debating whether to go to CAS and tell them to convert that money we paid him to what FIFA wants us to pay him”. Pinnick explained.